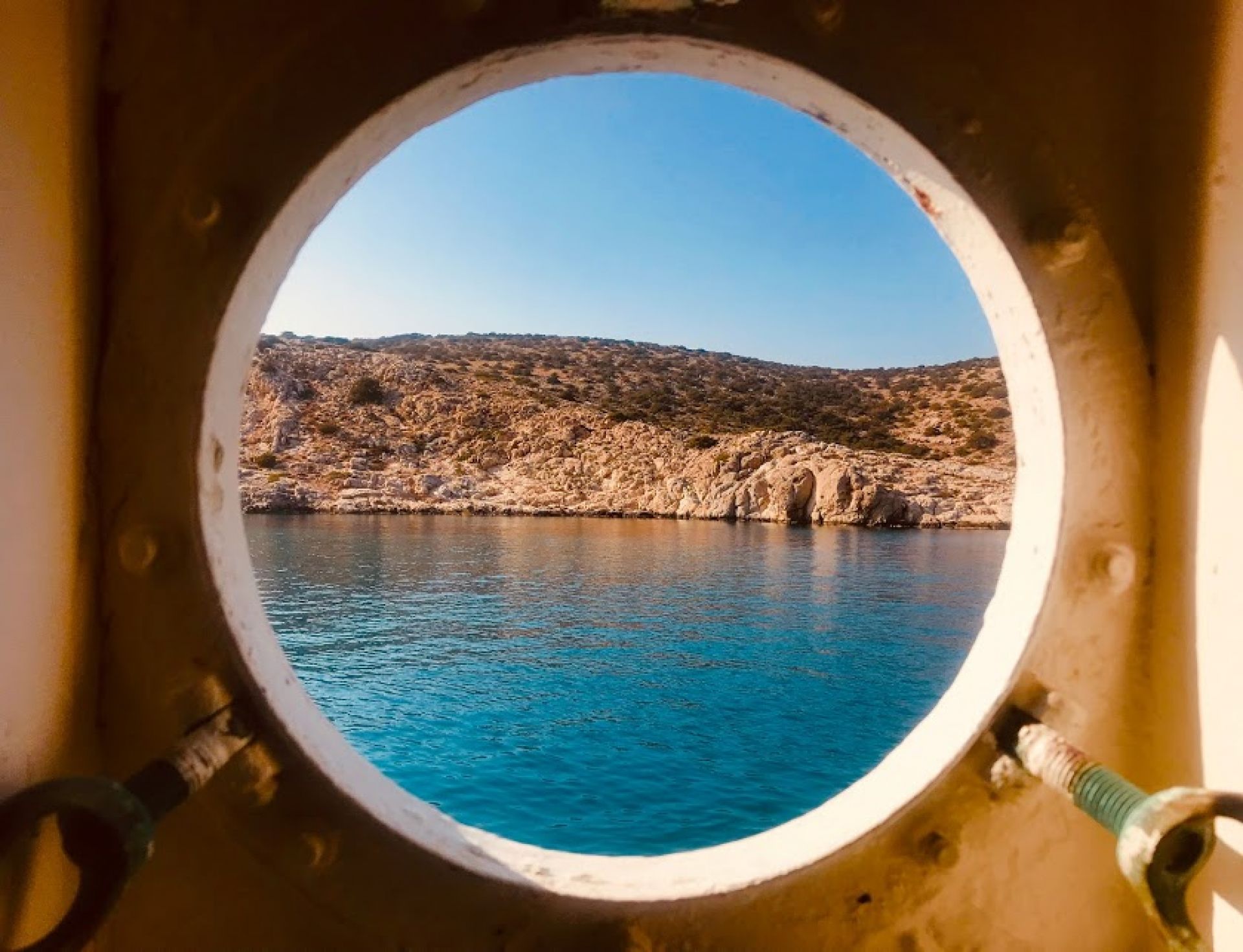 Among the fairytale destinations around the world, I’d like to share a glimpse about the magical Greek island you should visit once in your lifetime. The big blue, authentic way of life, the special taste, the smells, the tradition, the culture, unique experience of hospitality, the atmosphere of the Small Cyclades (Aegean Sea), the Amorgian smile to everyday simple way of life. Amorgos. 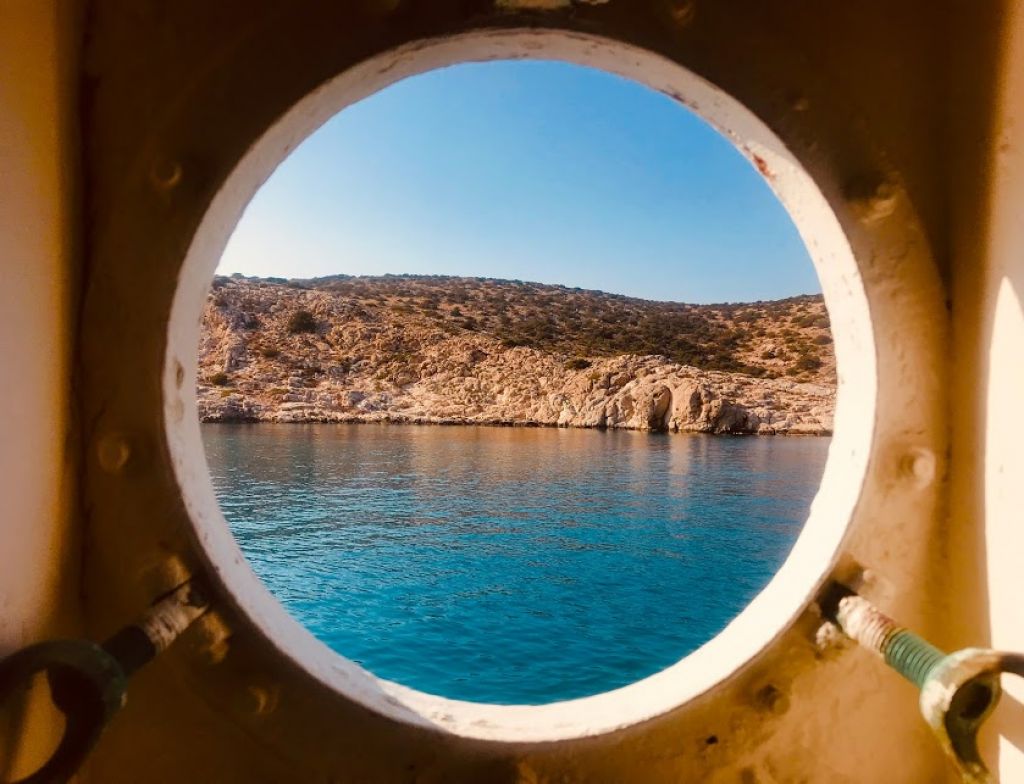 The island is located near Greek islands like Koufonisia, Naxos and Ios, on the south side of the Cyclades and astonishes the visitor with its natural beauty, its traditional architecture and wonderful beaches. The virgin beauty of the island inspired director Luc Besson to shoot scenes of “The Big Blue” movie on the beach of Agia Anna. An immense mixture of stunning mountains, high rocks and cultivated mountainous areas along with picturesque bays and beautiful beaches surrounded by crystal clear waters. Discover the filming locations of this 1988 cult film. One of those is at the Southern end of the island, where you will find a shipwreck (There, Jacques saves an American soldier). 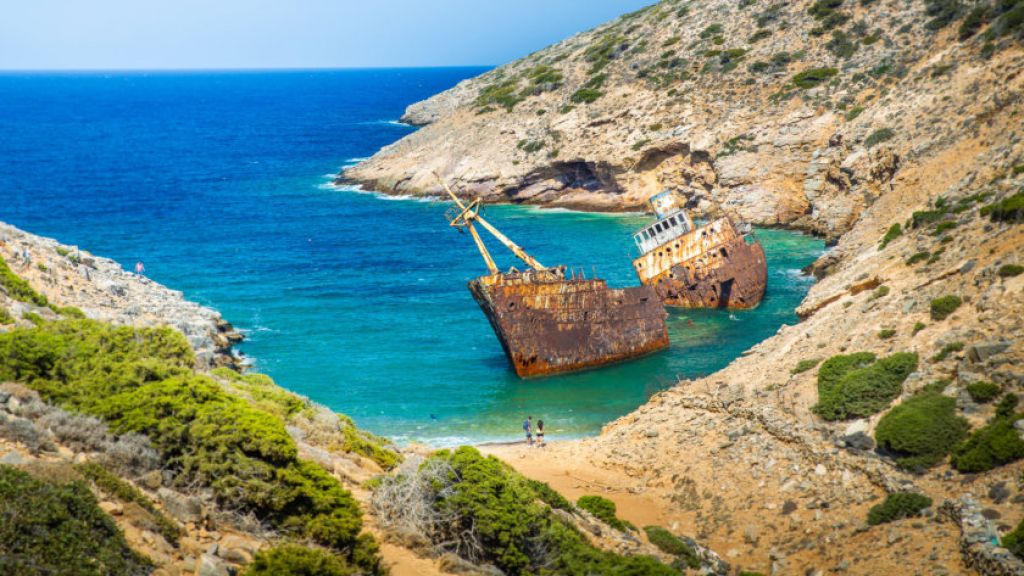 Katapola and its northern counterpart Aegiali are the two largest settlements. Breaking up a harsh expanse of hills and ridges between them are a few smatterings of villages that, on mistier days, when the sky dissolves into the rocks, appear suspended by the winds. The main town is Chora, a typical Cycladic village, with white washed houses decorated with bougainvillea and a labyrinth of narrow alleys. No doubt you will fall in love with its authentic and picturesque atmosphere, it feels really peaceful and relaxing. From Chora’s main square, you can reach the Venetian Kastro. Built in the 13th century at the top of a rock, it offers a beautiful 360° view over Amorgos. 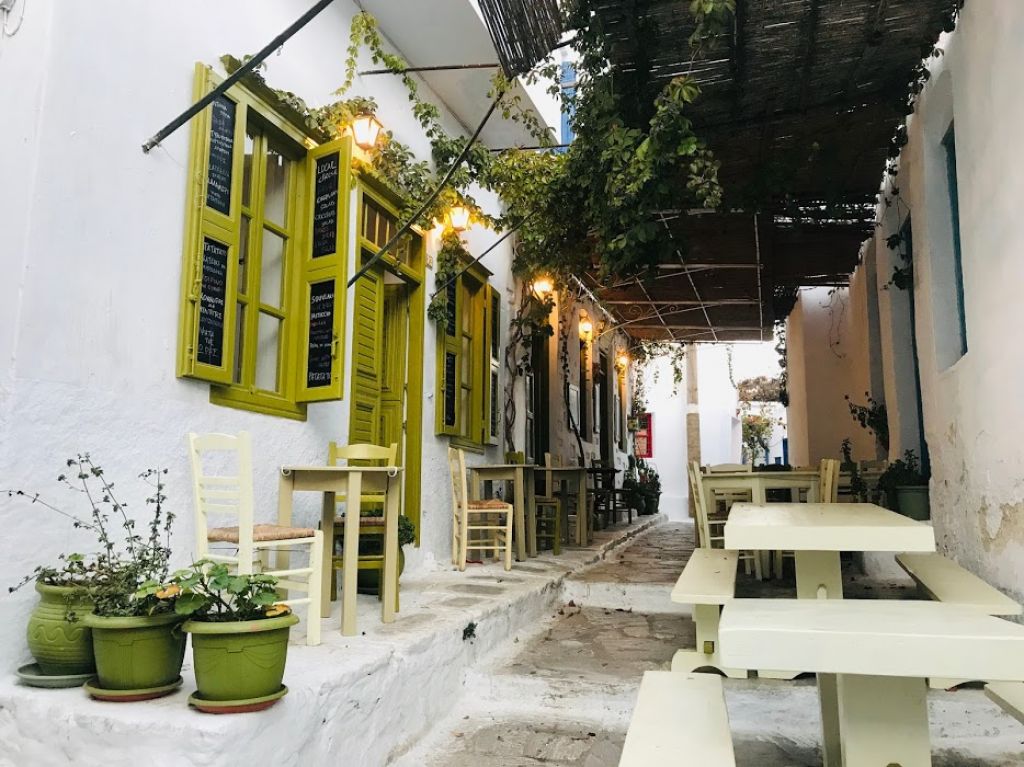 The long human presence on the island has left many monuments and settlements behind, all of which are characterized by areas of spectacular beauty. I want to mention the heritage of the Ancient Minoan Settlement of Amorgos. Some ruins of an ancient Minoan civilization were found at Moundoulia Hill, just above Katapola village. The archaeological findings suggest a thriving civilization that dates back from the 10th century B.C. to the 4th century A.D. There is a Hellenistic temple, which is delimited by less significant altars of worship. There is also a body of a statue erected in the middle of the area and it looks pretty imposing as well as a lavatory, at the south end of the gymnasium. 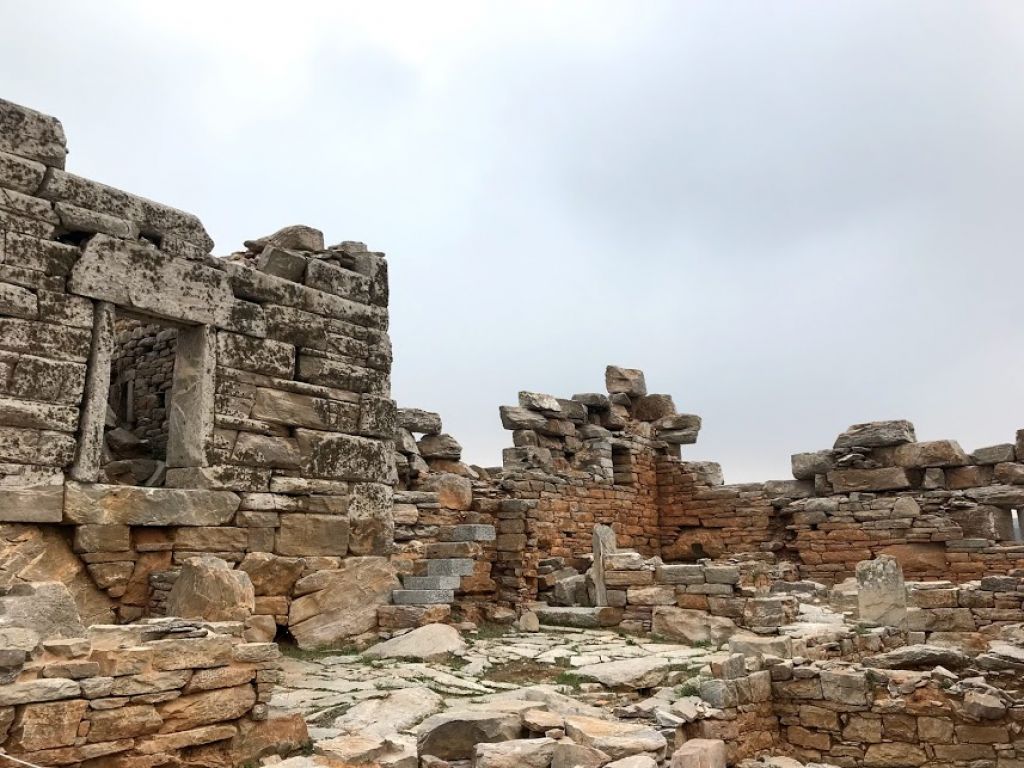 The famous Monastery of Hozoviotissa, built on the slopes of a cliff with its spectacular view, is, without a doubt, Amorgos’ must see attraction, basically is also the island's most iconic landmark. This Monastery dedicated to the Virgin Mary was built in the 11th century, making it the 2nd oldest Monastery in Greece. Located 300 meters above the sea, you will need to climb the 300 steps stairway. During this short walk, you will enjoy the beauty of the site and have the opportunity to take great pictures. 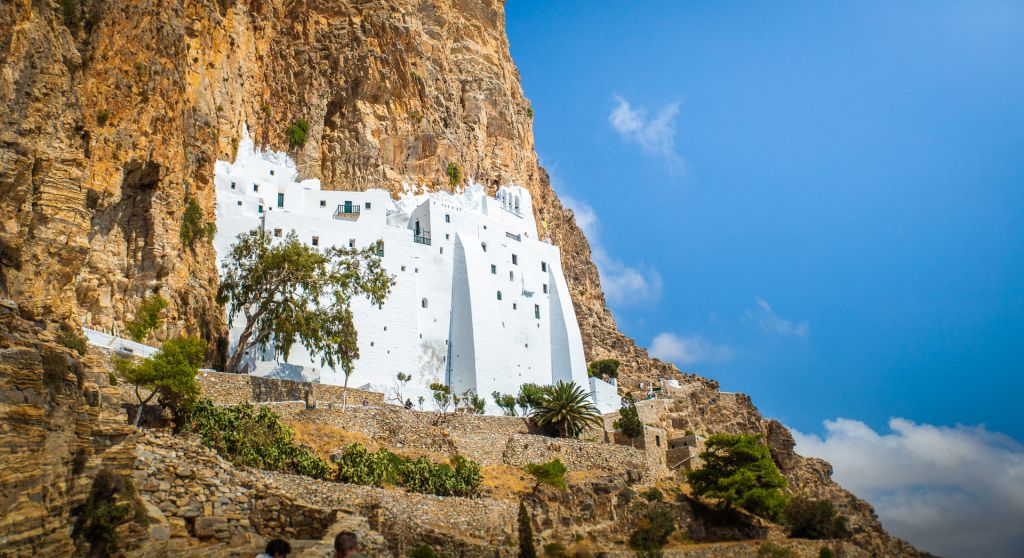 Among the most impressive beaches around the island, I’d expose those three:

Kalotaritissa is well sheltered from the wind, this beach is clearly one of Amorgos’ most beautiful, with its fine sand and turquoise waters.

The small cute cove of Maltezi is located a 20-minute walk from Katapola.

Agia Anna beach is a small pebble cove located below the little church, absolutely worth a visit and for an unforgettable swim, snorkelling and sun-bathing. 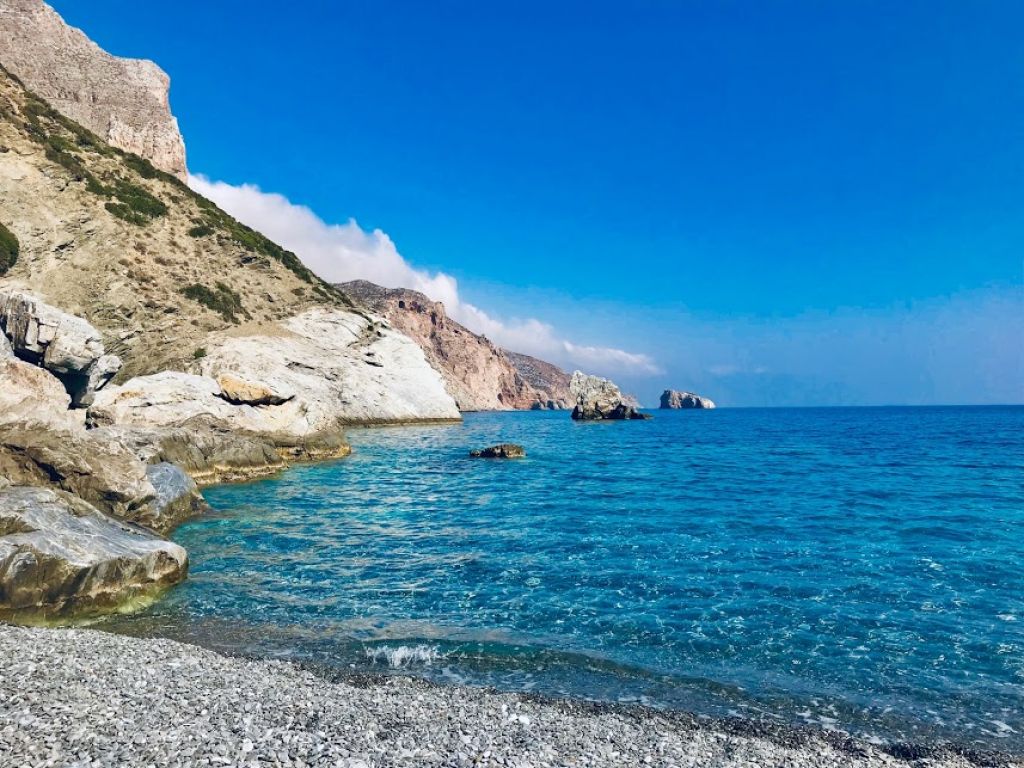 While island hopping the Cycladic islands, think to enrich your vacation in one of Aqualiving handpicked luxury private homes - either in charming island of Paros or extravagant Mykonos.