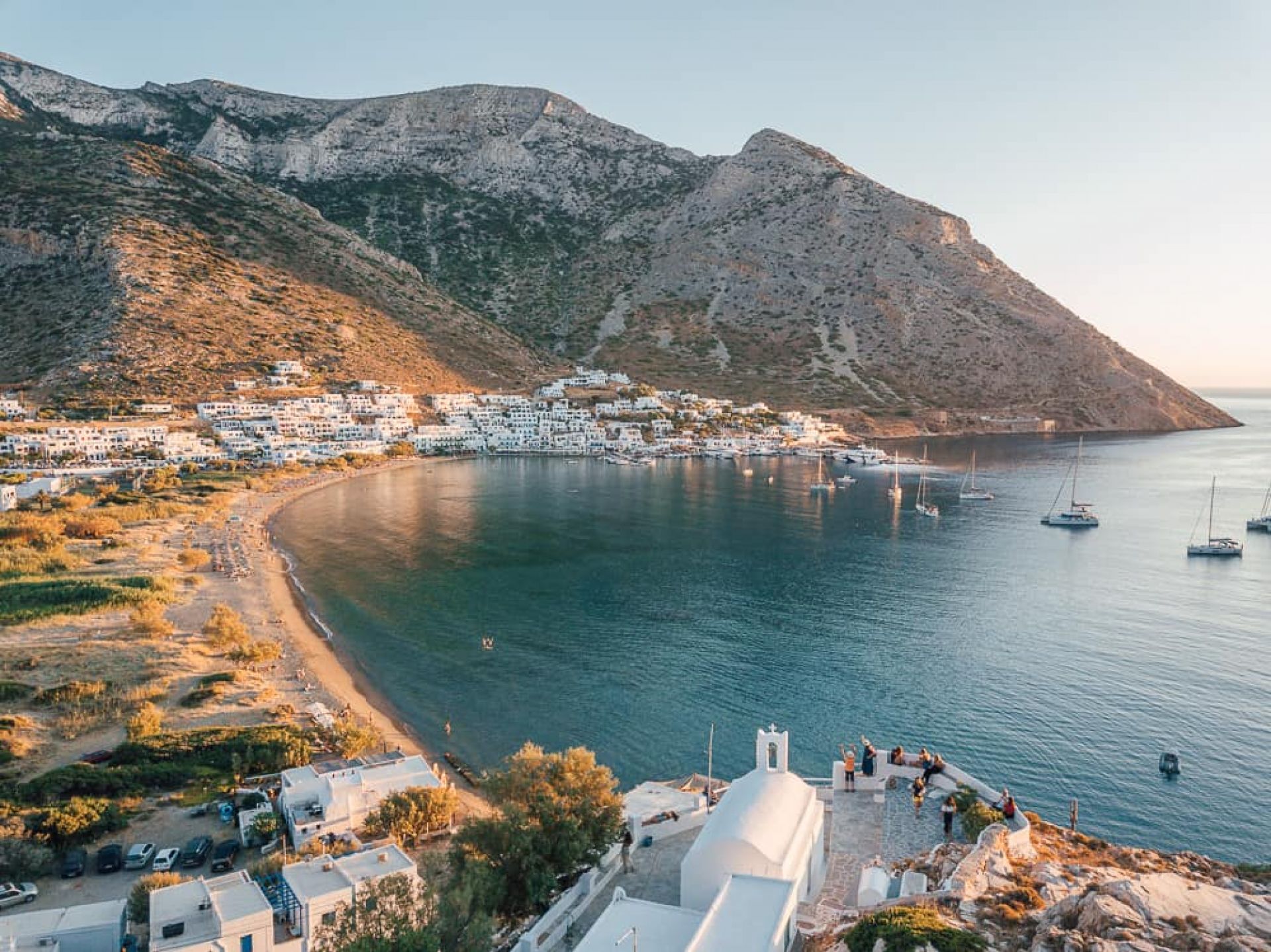 Sifnos is a synonym of tranquility, pottery arts and exquisite cuisine

The tranquility is something that can’t be easily bought, or even found in the Greek islands during summer. Whitewashed splendour, masterpieces in clay, the cobblestoned alleyways, blue-domed churches, windmills, the best culinary scene in the region and all the wonder of the Cyclades islands await you in Sifnos’ postcard-perfect villages. Deriving its name from the famous ancient god Apollon who was one of the 12 Greek gods of Olympus, Apollonia is the capital of Sifnos. This village is built on three smoothly shaped neighboring hills.

Ranging back from ancient times, Sifnos has famously been recognized for producing some of the best pottery arts in the world. There are readily available raw materials: the high-quality clay soil and to top that the skilled and creative artisans. There are workshops where clay is shaped on pedal-powered pottery wheels into vases and chimney pots (flari), before being ornately decorated and baked in wood-fired kilns. 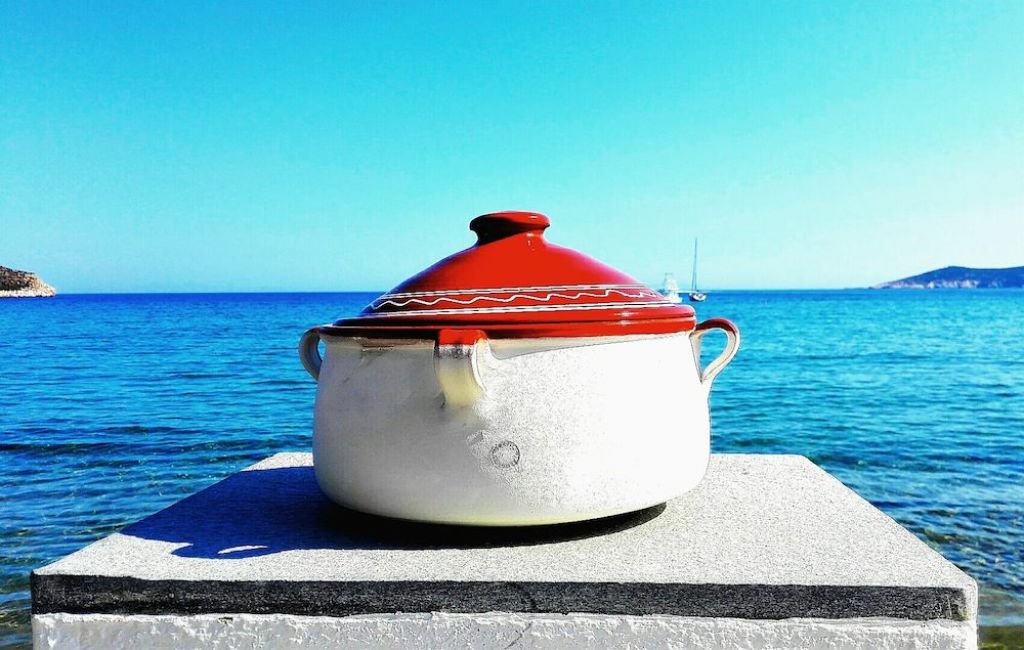 There are 13 permanently inhabited villages on Sifnos, all within easy reach of one another. Each seems to beckon you with its own story of architecture, food, traditions, spirited locals and everything that makes this Cycladic island so vivid and wonderful. Perhaps the best example of Venetian architecture on Sifnos awaits you in this clifftop village, called Kastro. It was the first capital of Sifnos and has an ancient citadel that was enhanced by Venetian walls. Kastro village has an excellent panoramic view of the Aegean Sea. The name Kastro is derived from the castle that was established in the 15th and 16th centuries during the period of the Frankish domination of the Island. As you wander down from the citadel, through the narrow streets of the village, look out for the Venetian coats of arms on the houses. And if you manage to find it open, pop into the Archaeological Museum of Sifnos. The village is characterized by narrow streets, small courtyards, superb old mansions and you will also get to see ancient churches built in the 16th century. Eventually, you reach the Chapel of the Seven Martyrs, built on a protruding rock with breathtaking views over the sea. This attraction is not your typical beach destination but it does have some pretty cool rock pools and cliff jumping. It is also said to be the most photographed attraction on Sifnos island so be sure to add it to your itinerary. 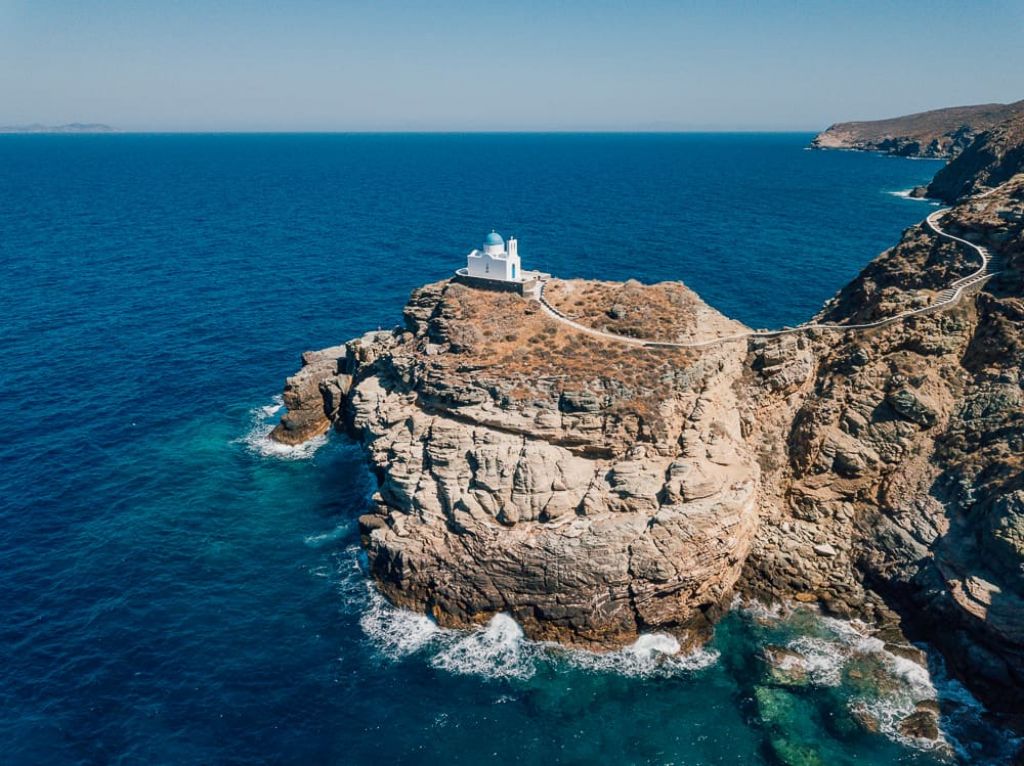 Also, keep in mind that Sifnos has some of the best beaches in the world like Platis Gialos beach, a well-organized one with an amazing ocean view and by the end of the day, the magic sunset vibe. The friendly locals in numerous tavernas along the beach will ensure you don’t starve while having fun. While Apokofto beach is one of the more popular beaches in Sifnos that lies in a picturesque bay and a must-see on your lap around the island. Apokofto Beach lies in an idyllic bay boasting crystalline water and a mixture of soft sand and pebbled shoreline. There are some shady trees that line Apokofto Beach and a perfect place to head into the ocean for a swim and afterwards afford a fresh catch of the day as per seafood delights. One of the most iconic landmarks at Apokofto Beach is the Panagia Chrisopigi monastery that sits out on the tip of a rocky headland on the southern end of Apokofto and over the years is believed to have mythical miracle powers. It was built in the ancient 16th century and given all the history and myths associated with this church. Around the bend from the Chrisopigi monastery is another secluded swimming cove, worth checking out. 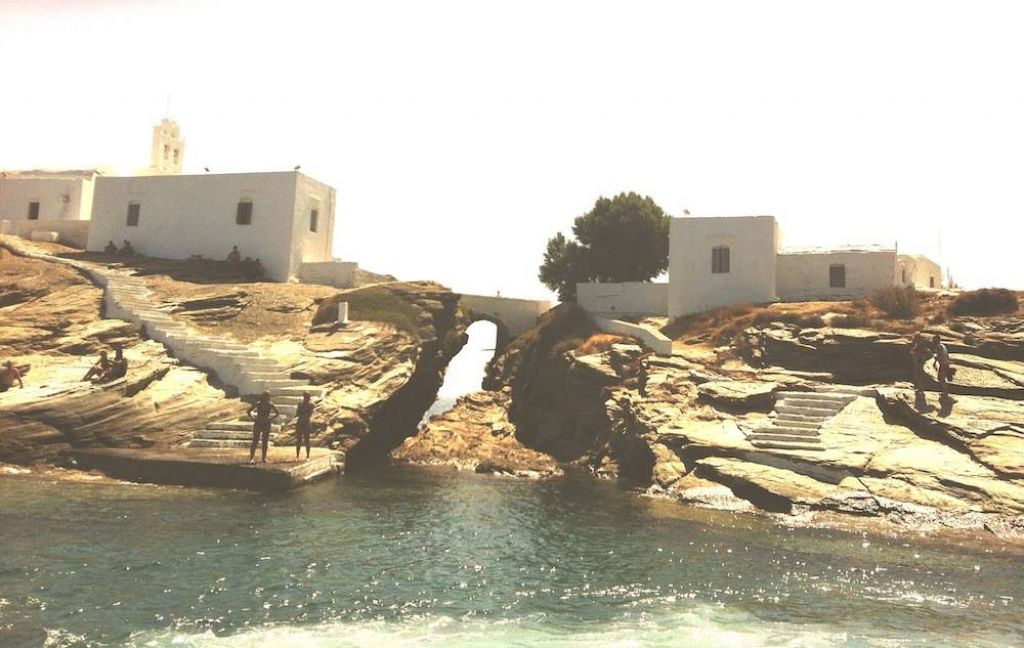 Vathi is ranked among the most attractive beaches on the island; an exotic sandy beach that you shouldn’t miss out on if you like private moments as you enjoy the breeze. There is also a village and fishing harbour of Vathi, with its assortment of beaches, shops, churches and other delights, plenty of alleyways to explore and traditional pottery artisans. Cheronissos is the northernmost beach of the island and it is situated 15 kilometers from Apollonia. There is a tiny, remote and beautiful picturesque fishermen village with a small sandy beach and harbour, dotted with fishing boats and tranquility. Therefore you will find simple but exquisite taverns and traditional pottery. Close to the beach you will find the monasteries of Agios Polikarpos and Agios Georgios. Most of its famous feasts that are celebrated at the churches of the wider area take place in the winter. 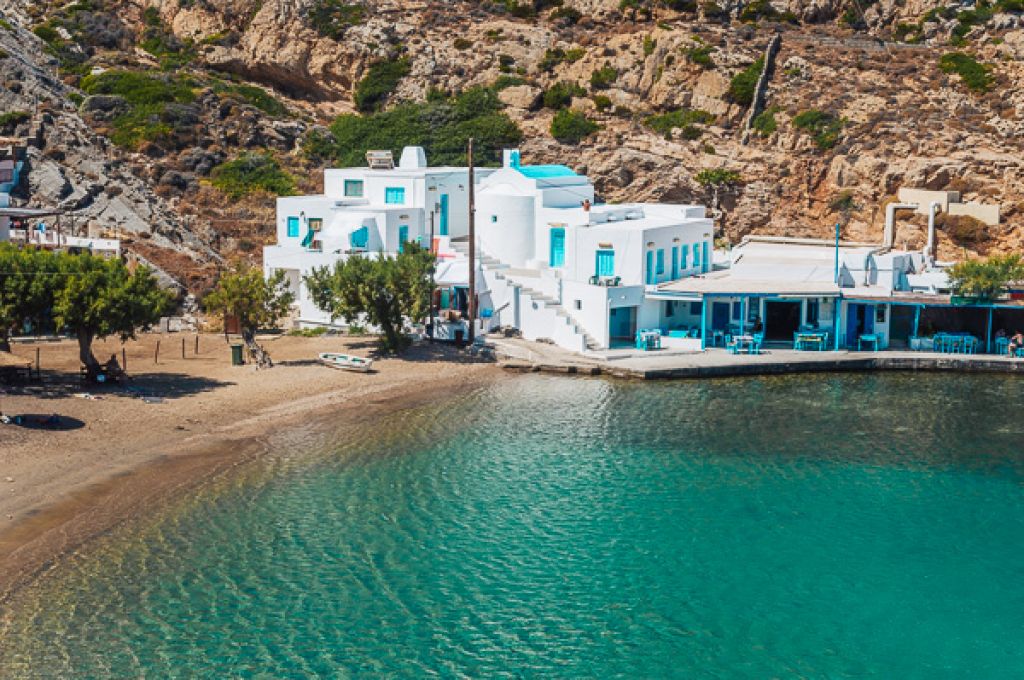 Pigeon houses, scattered around the island of Sifnos are intricately designed dovecotes that almost look like small houses. These pigeon houses can be seen while driving and walking across the island, with triangular designs nestled into the sides of the white-washed walls. These dovecotes were traditionally both a status symbol and a way of using pigeons and doves for meat and fertiliser and you can still often see birds coming and going throughout the day. And let’s not forget the welcome of locals whose warmth and hospitality are just as deep as the island’s traditions.

If you are looking for a combo of two islands for optimization of a night life and afterwards literally relaxation, then we propose a cosmopolitan Mykonos and afterwards Zen island of Sifons. While staying in Mykonos we'd like to propose you one of Luxury Villas; in-villa best quality services and concierge at your disposal to satisfy your needs while on vacation.