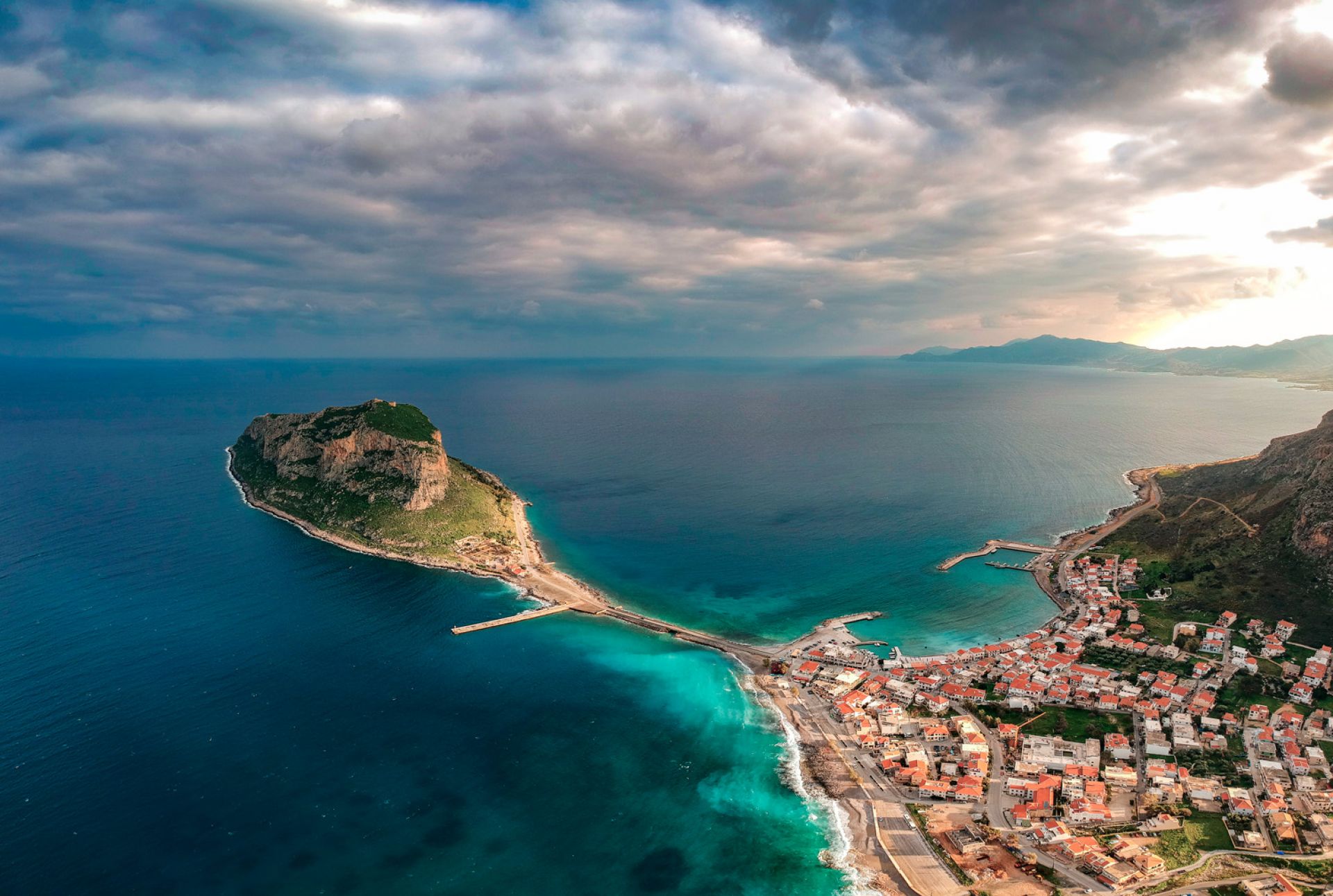 Monemvasia Malvasia: Tale of a Wine

There is a beautiful town where only pedestrians, and the occasional cat, dog or mule, can enter the cobblestones alleys, tiny houses, admiring more than 20 churches, a few inns and restaurants, and a handful of shops. This is a town, a cradle of the most famous wine from the Middle Ages. From the first mentions in history, Monemvasia has been a shipping and trading centre. The rock is very strategically placed in the Aegean, and commands views and shipping lanes north, east and south. Its inhabitants were traders and sailors, and one of its most valuable commodities back then was wine. 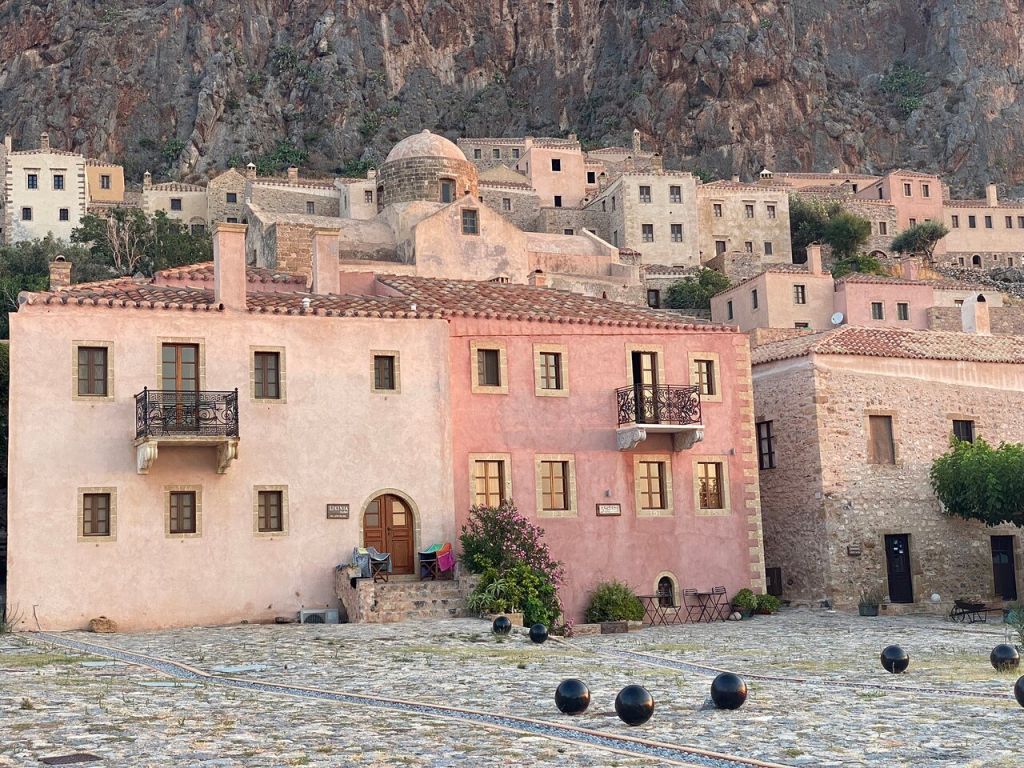 It will take four hours driving from Athens to a far corner of the Peloponnese, in order to visit a place where a particular wine came from and now days a possibility to taste a modern variety of Monemvasia Malvasia in the town of Monemvasia itself is going to be a thrilling experience! To enter Monemvasia, there is still only one entrance - a tiny gateway at the end of a 2 km long road along the south shore of the huge rock, rising 300 meter above the sea. Driving across the bridge which connects the big rock to the mainland. 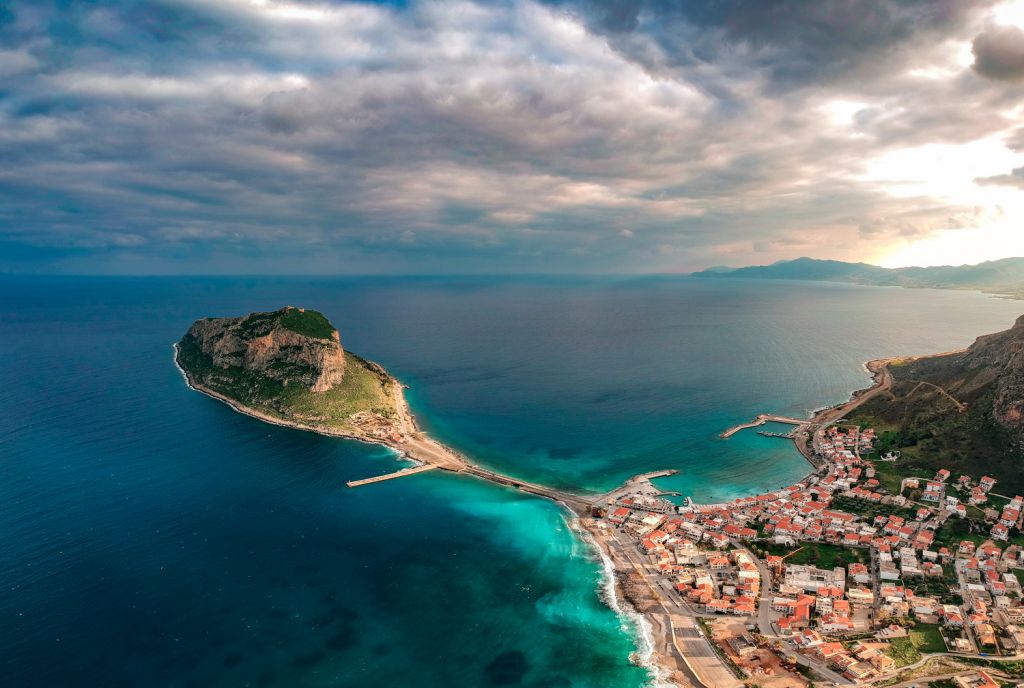 Back in history, a famous Arab geographer named Idrisi, mentioned the town and called it ‘Maliassa’ or ‘Malbasa’. Italian visitors and conquerors would do the same, and the name started appearing on maps as Malvasia. Since then the Venetians would play the most important role in the history of famous wine. The maritime power of Venice was part of the western alliance that laid claim to big parts of Greece from 1204 onwards, after the Fourth Crusade. Merchants from the medieval rock-fortress of Monemvasia traded the wine under the name of ‘Monemvasio’, ‘Monemvasiotis’ or ‘Monemvasia’, and the Venetian and Genoese traders sold it under the name ‘Malvasia’. French traders sold it as Malvoisie and in England it was known as Malmsey. William Shakespeare mentions the wine in his plays Love’s Labour's Lost, Henry IV Part 2, and King Richard III – where the Duke of Clarence is drowned in a “malmsey-butt”. As malvasia wines spread to the west and northwest of the continent, their reputation grew, and kings, nobles and rich burghers wanted to sip malvasia while enjoying some sweets, nuts and fruits. 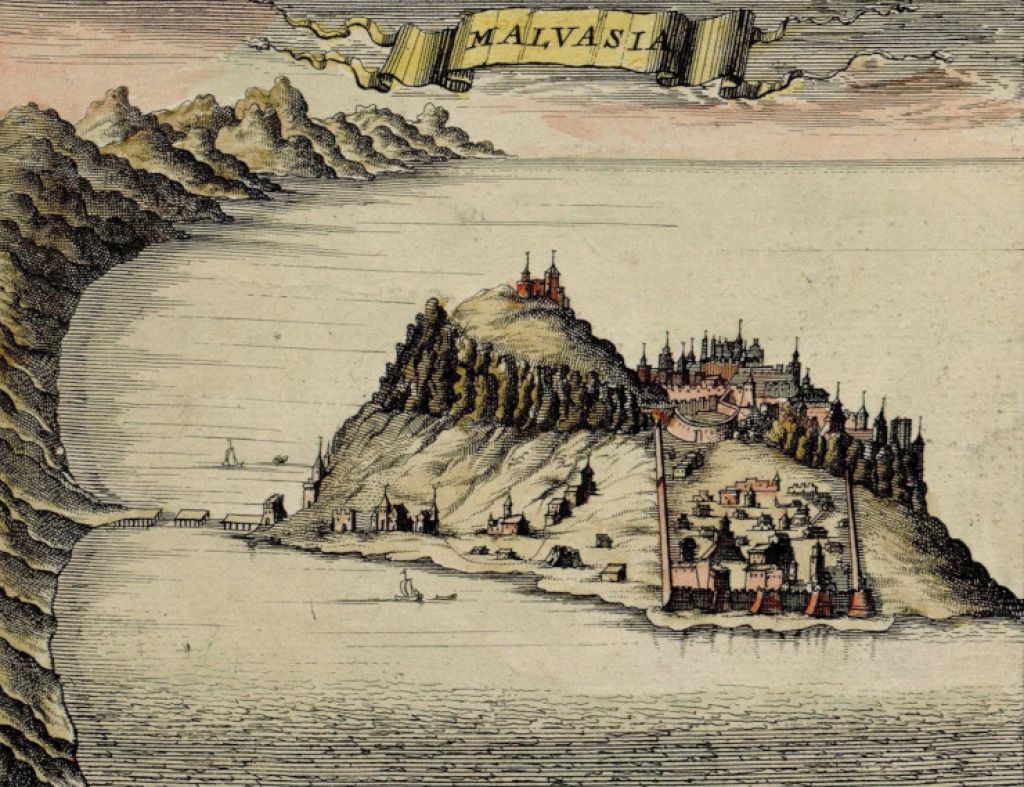 Monemvasia oinos was sweet, made in the way already described by ancient authors. The grapes were dried in the sun, and pressed after they had shrivelled due to the evaporation of moisture, thereby raising the sugar levels. The vineyards were on the mainland, fermentation and storage was on the rock, according to one modern author. Production in Monemvasia itself continued until the middle of the 16th century, after which the Turks forbade it and the tradition went into decline.

One day in September 1997, George Tsibidis decided to become a winemaker with the dream of recreating the historic Malvasia wine in its birthplace and our hometown, Monemvasia. He established Monemvasia Winery and made it his mission to try to find the lost varieties of the original Monemvasia malvasia and he fought to get Monemvasia-Malvasia wines recognised as a Protected Designation of Origin for sweet white wine and liquor wine made from sun dried grapes. For years, he toured the local vineyards and with the help of researchers identified over 20 local grape varieties. Through a process of elimination, he ended up with four possible candidates for the Monemvasia malvasia: Kydonitsa, Assyrtiko, Asproudi and a variety called Monemvasia, reasoning that in the past centuries it could as easily have been a blend, and not just one variety. This was a very difficult thing to do, or rather had to prove a historic tie between Monemvasia and Malvasia, also to indicate a varietal composition that made sense, to show that the wine in question had certain organoleptic and chemical properties and a quality that resonates with its fame and derives from the uniqueness of our terroir. 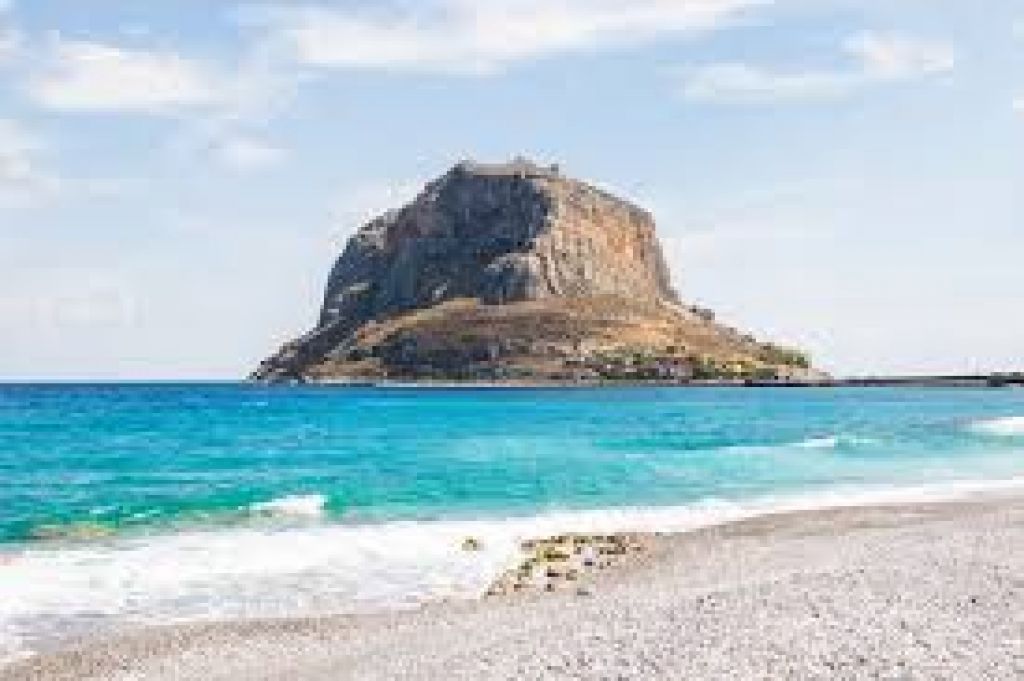 Would you like to visit and experience the tale of wine in Monemvasia during your vacation in one of the chosen Aqualiving villas? Don’t hesitate to contact your concierge in order to organize the whole trip. We recommend you to fly over by a helicopter - it will take approximately an hour of flight. After the sightseeing, wine tasting you can spend a few hours on one of the beaches in the vicinity. Few Monemvasia beaches are organized with tourist facilities, while other coves are secluded. Some beaches offer a nice view of the rock of Monemvasia, for example Pori beach.