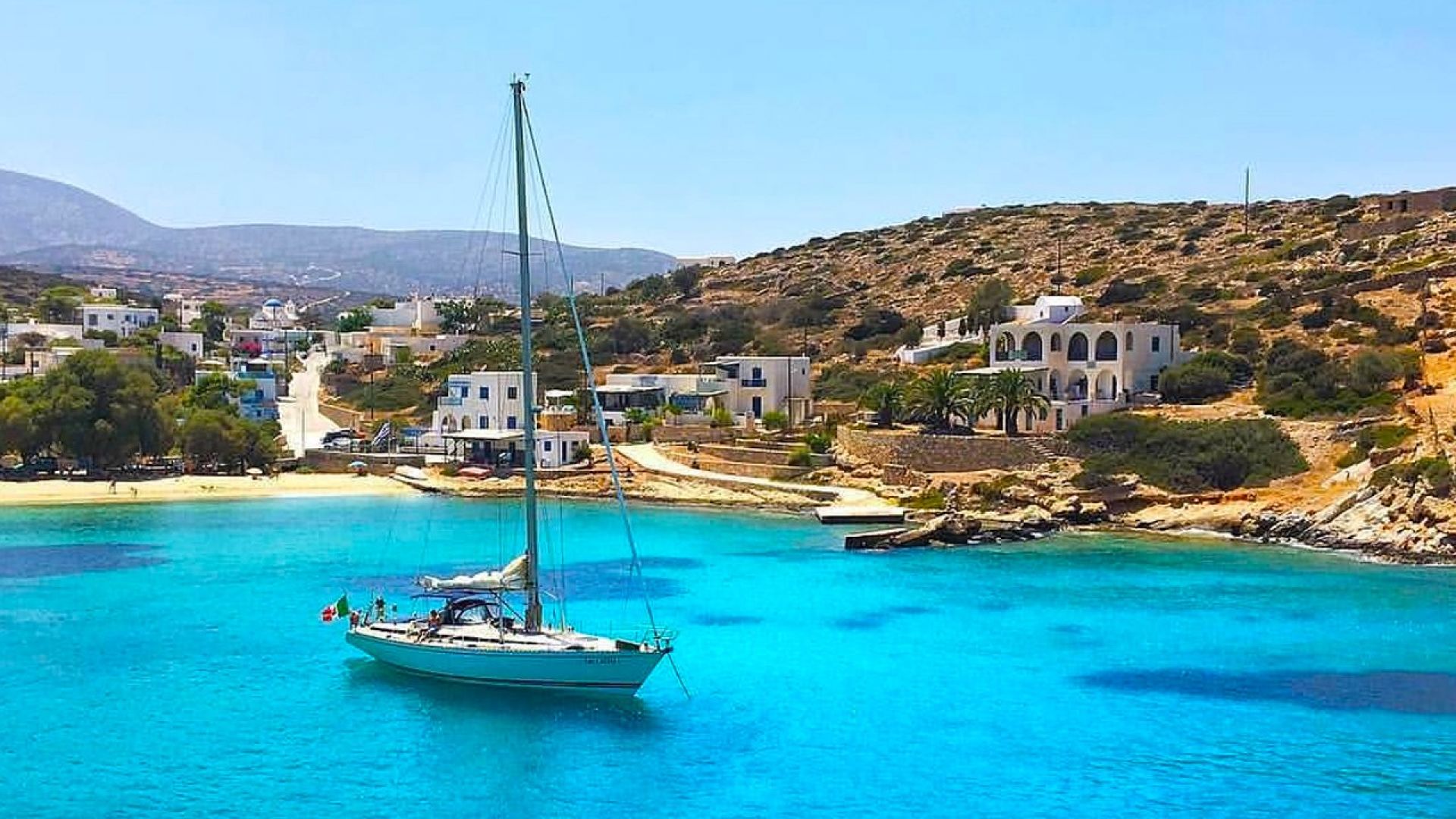 Ios and Iraklia are located in the archipelago, south of Mykonos and are a few hours away by boat. As we well know the archipelago of the Cyclades is made up of a myriad of islands and islets some bigger some smaller and inhabited. If in principle we find similarities in landscape, each island contains its own personality. That's why you can choose the one that suits you best for an excursion or a real vacation.

We want you to discover two islands that although they are not far away in terms of kilometres, they are very much so in terms of the deep aspect of life on the territory. While both have rather barren and rocky vegetation, what sets them apart is by far the type of tourism they attract. 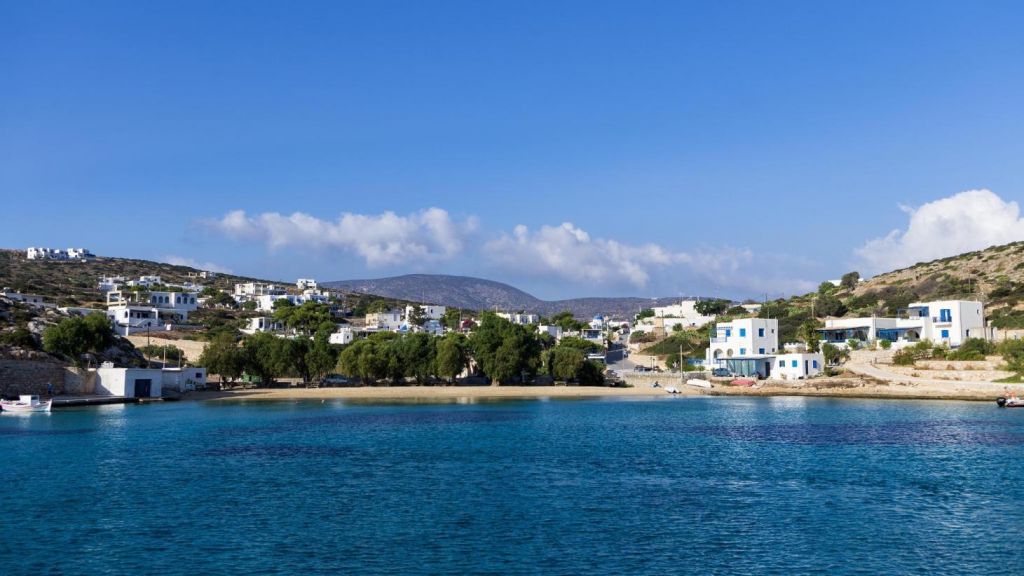 Ios has quickly become the destination of a young tourism, where sea and nightlife dominate. Sparsely inhabited with no major archaeological attractions, it has a beautiful centre with characteristic architecture, with the town slightly away from the coast, just above the bay of the port. The area, full of boutiques and discos, is the nerve centre of the island and nightlife. It is possible to stay up late at night, among clubs and live music. 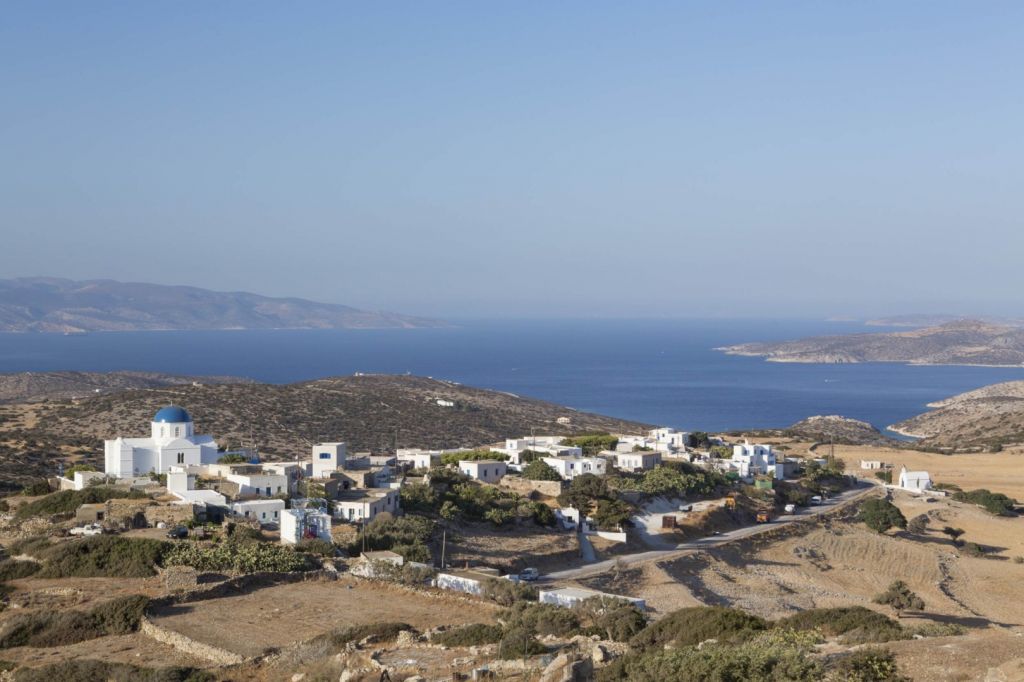 The beaches are beautiful, white and sandy with a crystal clear sea. Only some of these are equipped, but the fact that the island is frequented mainly by young people and very young, definitely does not create any kind of problem or discomfort. Gialos, Milopotas and Manganari are the bays equipped and easily reachable on foot. The magnificent and transparent sea makes them popular destinations and sought after by lovers of water sports. Among the others, there are some reachable only by sea with the gullets, more solitary and naturalistic. However, we would like to recommend the beach of Koumbaras, where the most romantic can admire the beautiful sunset of the island. 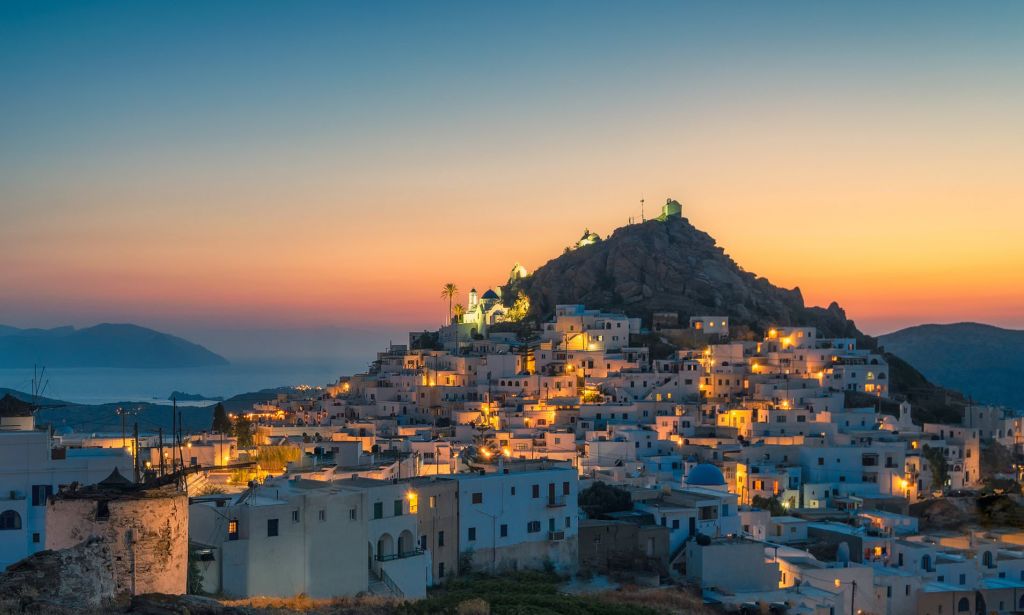 For those who are looking for a quiet and lonely place, Iraklia Island is for you. With a population of only 140 and being that they are all fishermen or farmers. It is certainly not a place for mass tourism. Its small size allows you to discover the island on foot, in all its natural beauty and still mostly untouched.

Panagia, the capital, is a small village of farmers, where life is still characterised by ancient vibes and is an hour's walk from the port. Near the latter we can find a few houses that make up the small town of Agios Georgios, where the peaceful evening walk evokes a charming and serene era.

Nature is the master on this small island and excursions continue in search of the remains of the ruins of the fortified citadel, where you can still see the walls, the ramparts and what remains of two temples.

Finally, Iraklia gives us a mystical note through the Cave of Agios Ioannis, composed of stalactites and stalagmites and now converted into a church, where it seems that an icon of the saint was found, now kept in the church of Panagia. 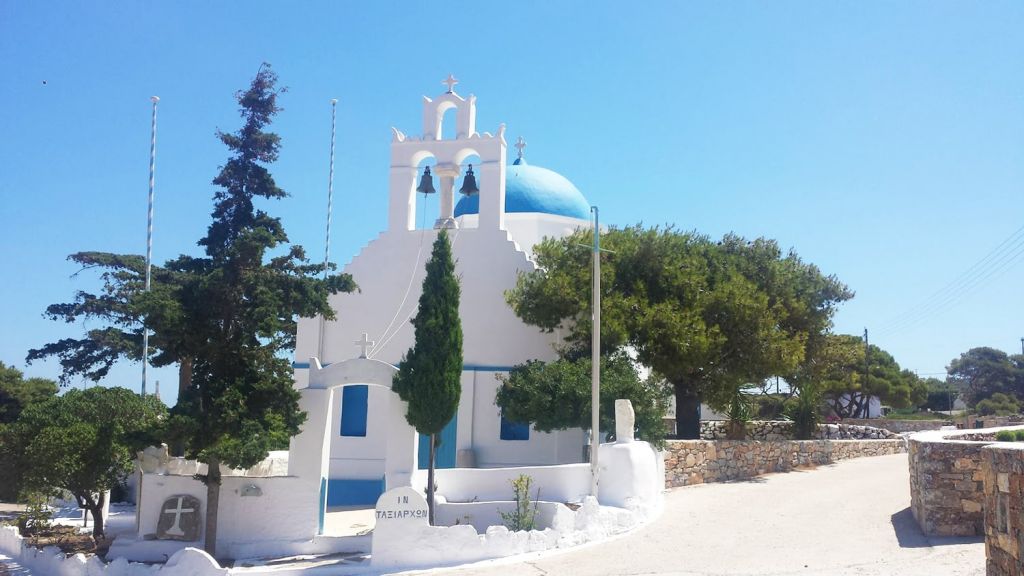 Same as in Ios, the sea is as beautiful as the beaches, but of the 8 beaches on the island, some sandy and others are pebble beaches, none has infrastructure and two are only accessible by sea.

Island hopping around the Cycladic paradise is highly recommend. After staying in one of our Villas in Paros or Villas in Mykonos, immerse yourself and expand your vacation on Ios, Iraklia or any other island it will conquer your heart. Send us an email to concierge@aqualivingvillas.com for further information.