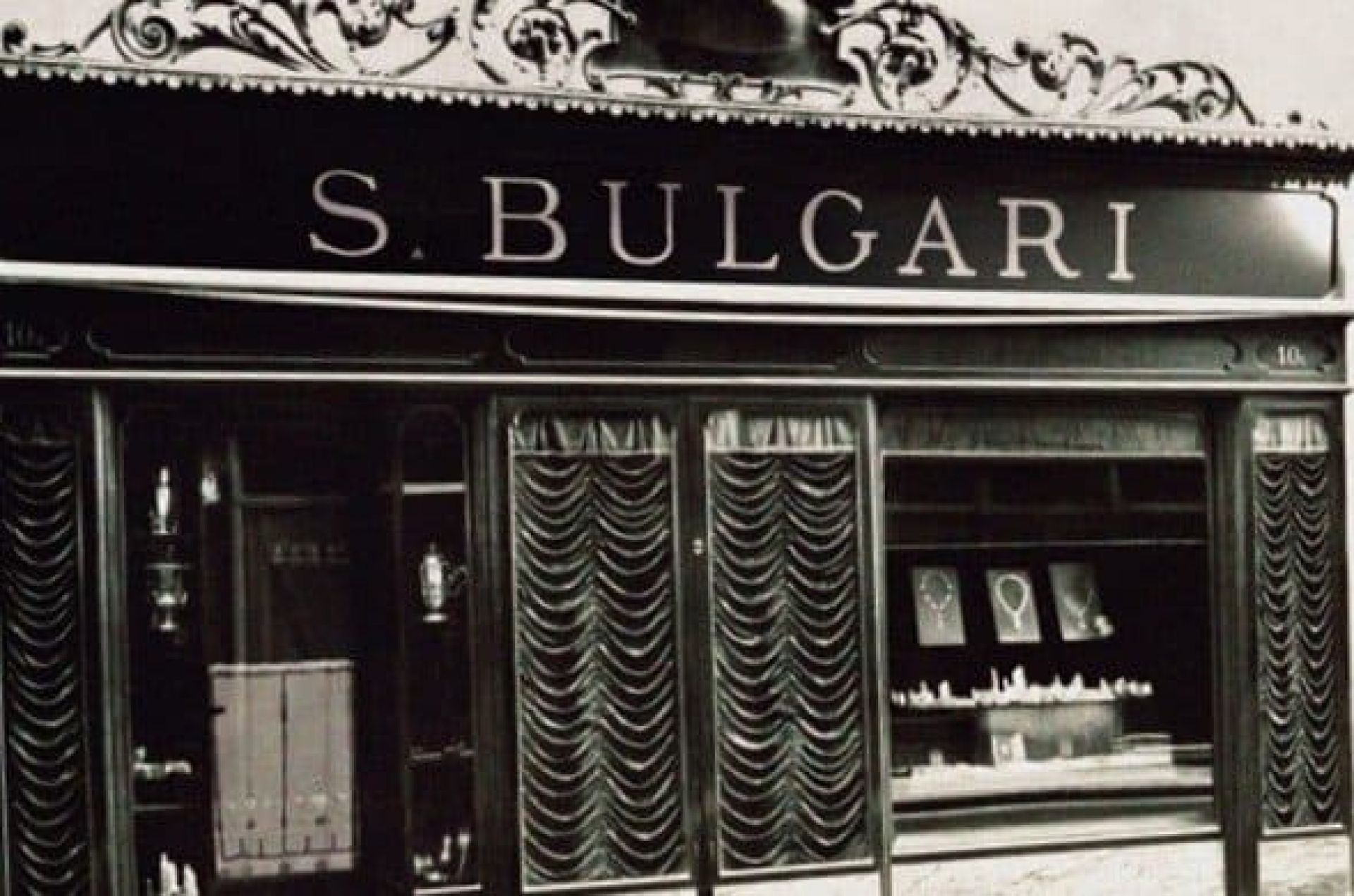 A special sparkle to your summer, Bvlgari

Mykonos is a fantastic shopping destination Fashion lovers, immerse yourself in a world of Luxury and discover the most valuable brands as Bvlgari, famous for its glamorous gemstone jewelry, luxury watches, perfumes and leather goods. The new capital of style and art is in Nammos Village, the most fashionable place to be and the new ultimate shopping destination. 12.000 m2 full of green and water elements with special art pieces create the ideal essence of luxury, 10’ away from Mykonos town. Nammos Village is located at the famous Psarou beach, so you will be able to make the perfect combination: shopping and visiting the famous sunkissed spot, full of soft golden sand, delightful tastes, cocktails and exquisite services. 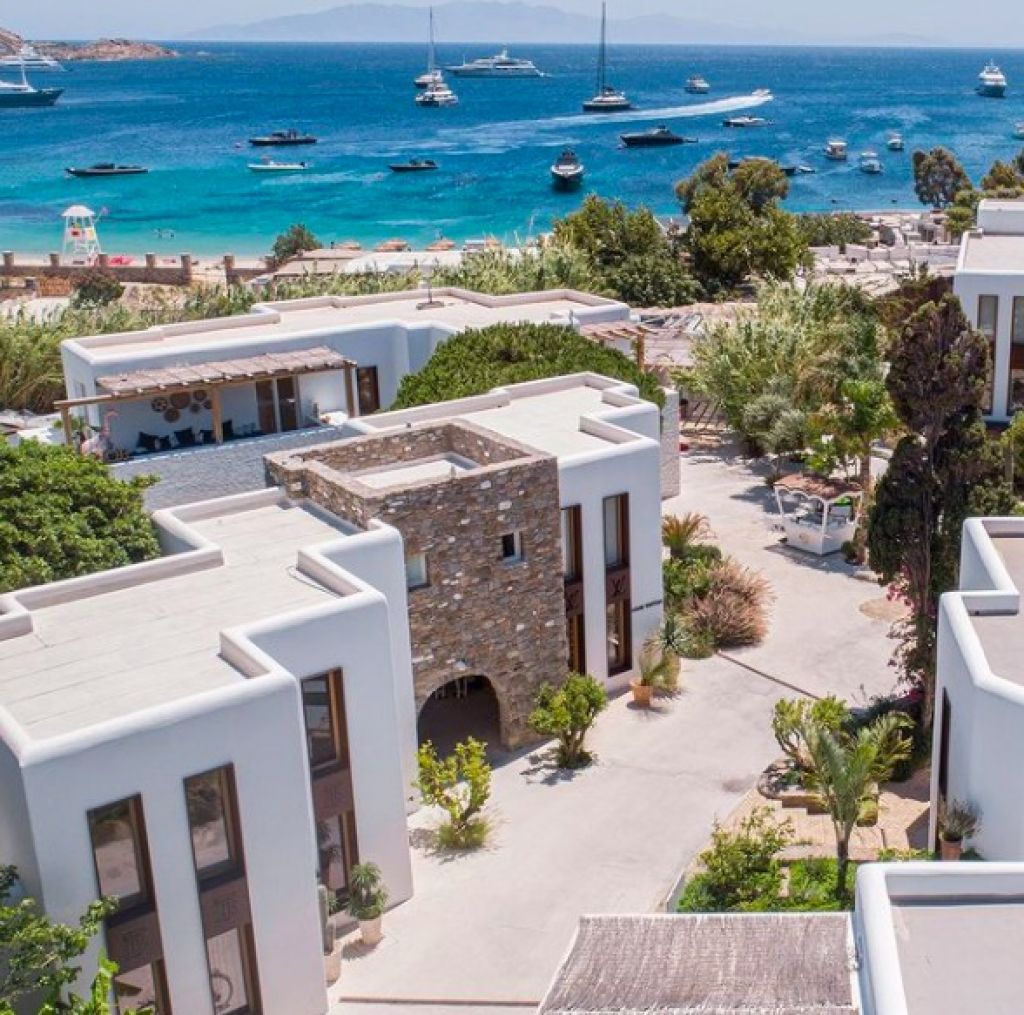 More than 130 years of tradition, Bvlagri reveal the most Iconic women in the past and present, including Dame Elizabeth Taylor who became a Bvlgari muse, Sophia Loren, Ingrid Bergman, Grace Kelly, Isabella Rossellini, Gina Lollobrigida, Anna Magnani, Juliette Binoche, Milla Jovovich, Jennifer Aniston, Claudia Schiffer, Elizabeth Hurley, Rachel Weisz, Meryl Streep and Julianne Moore. Nobody could have predicted that the small jewellery shop founded in Rome in 1884 by a hardworking Greek silversmith named Sotirios Voulgaris would become one of the most well-known multinational brands in the world. The creator of Bulgari, hailed from Epirus, Greece his name was Sotirios Voulgaris (1857-1932). 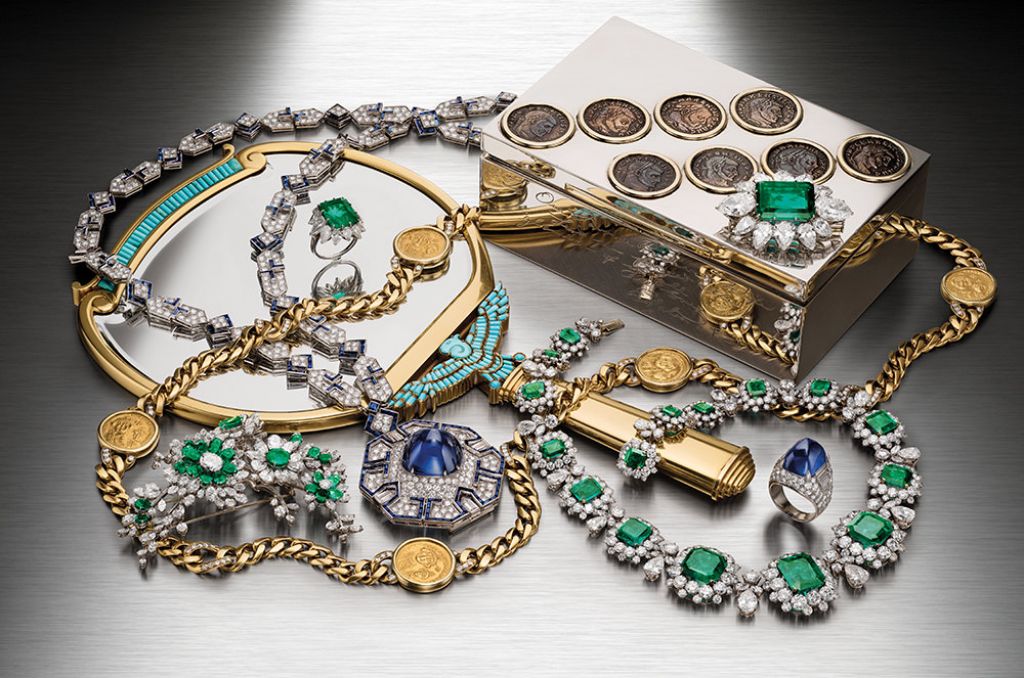 Sotiris Voulgaris managed to continue the family tradition. His grandpa Constantine, a street trader in Epirus villages, instilled in him a passion for jewellery. Sotiris inherited his father’s aptitude for making jewellery, and he and his father started a jewellery shop in Paramythia. The Turks were causing trouble in Paramythia and other communities in the region at the time. The Bulgari family was obliged to relocate to Corfu and later to Naples, Italy, due to the constant burning of the village and severe damage to the shop. The family launched their first gold jewellery store in Naples. For their precious jewellery, city crime was a serious issue. They were forced to close after several burglaries. Sotirios Voulgaris and his family relocated to Rome in 1881. He launched his company and built his second shop in Via Sistina three years later, in 1884. Bulgari’s new flagship store at Via dei Condotti, which he opened in 1905 with the help of his two sons, Constantino (1889–1973) and Giorgio (1890–1966), replaced the store in Via Sistina. Giorgio’s son Gianni took over as co-chief executive with his cousin Marina after his father’s death in 1966. During the early 1970s, he served as chairman and CEO of Bulgari. Bulgari’s first worldwide outlets were opened in the 1970s in New York City, Paris, Geneva, and Monte Carlo. Paolo and Nicola Bulgari, Sotirios grandsons, were named Chairman and Vice-Chairman of the firm in 1984, and nephew Francesco Trapani was named CEO. With the launch of the Bulgari perfume brand in the early 1990s, Trapani’s objective to diversify the company began. Under Francesco’s leadership, the company has established itself as a globally recognised luxury goods brand. On March 6, 2011, the French luxury group Louis Vuitton announced that it would buy Bulgari at the highest price it had ever paid for any other company. 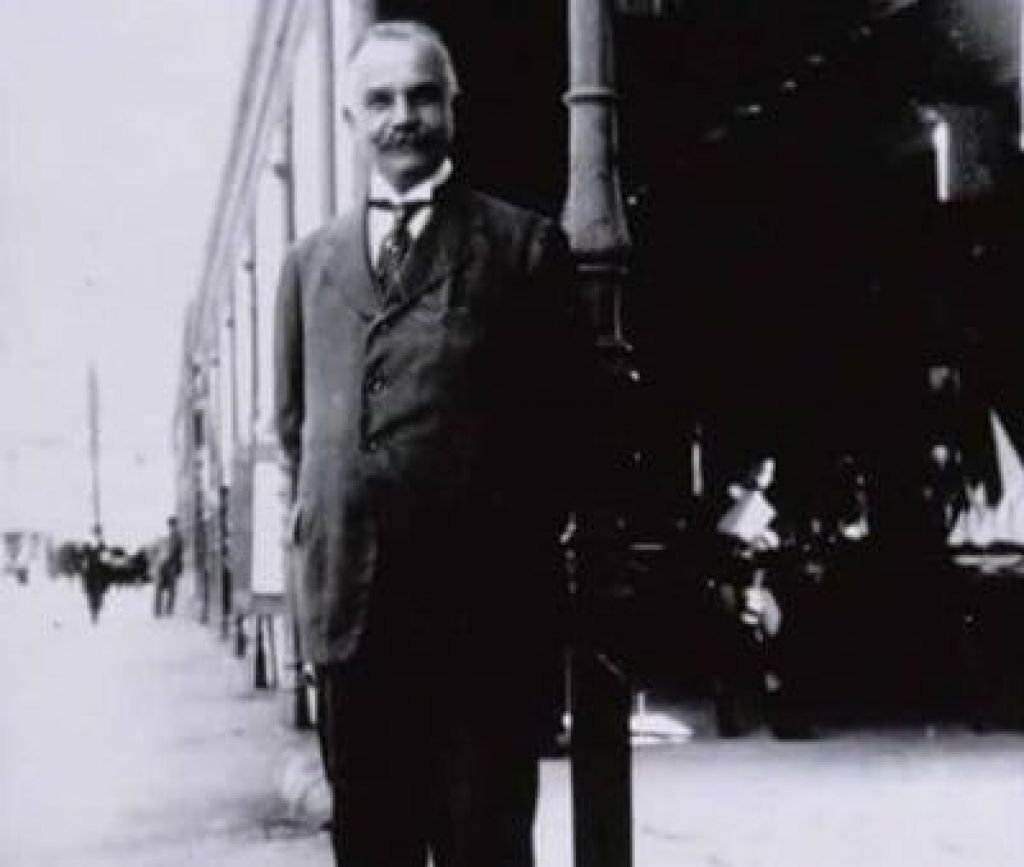 Nothing is left to chance; when in Nammos Village, your every stylish need is covered in the most fashionable way. in the truly exceptional and unique Nammos village, KESSARIS, the leading jewelry, watches and luxury goods retailer and producer, offers a vast, carefully selected assortment of the most qualitative and trendy personal adornments in a fresh and relaxed concept boutique. 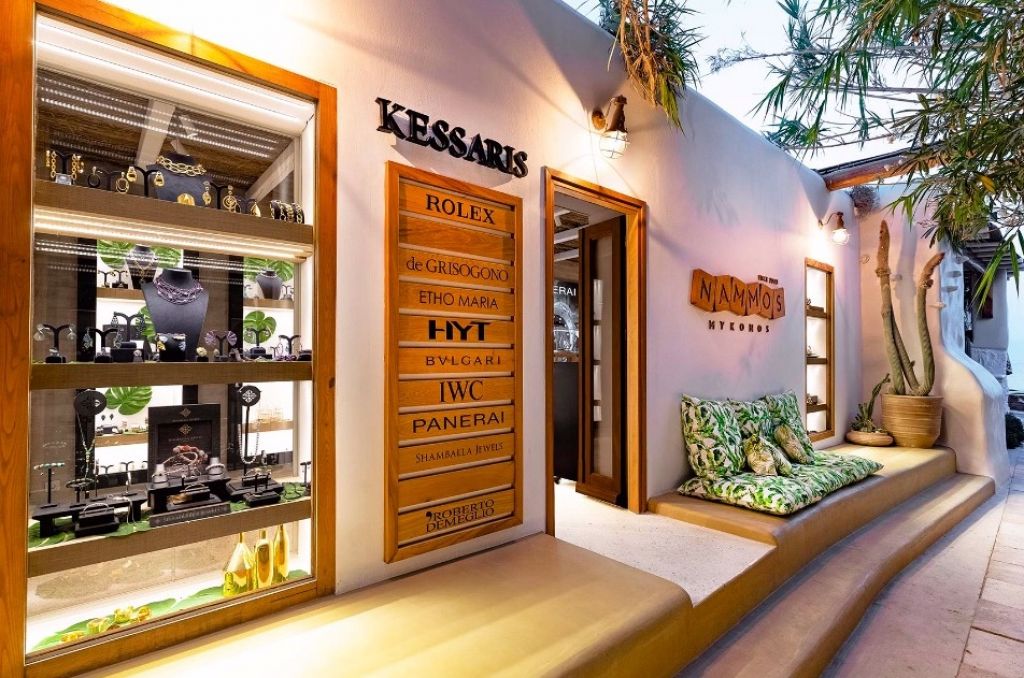 Their philosophy follows the sphere where with integrity, open-mindedness and innovativeness, Bvlgari express their individual talents and are able to contribute to the culture, identity and future of the company. Bvlgari’s tradition of superior craftsmanship, dedication, and a painstaking attention to detail guarantees their prestige. Meanwhile, thier people embody the expression of their Bvlgari dream – the refinement of the human touch – this is the real essence of luxury.

While staying in one of Aqualiving finest villas in Mykonos, indulge yourself for a serious shopping experience at Nammos village. Definitely you won’t regret it!