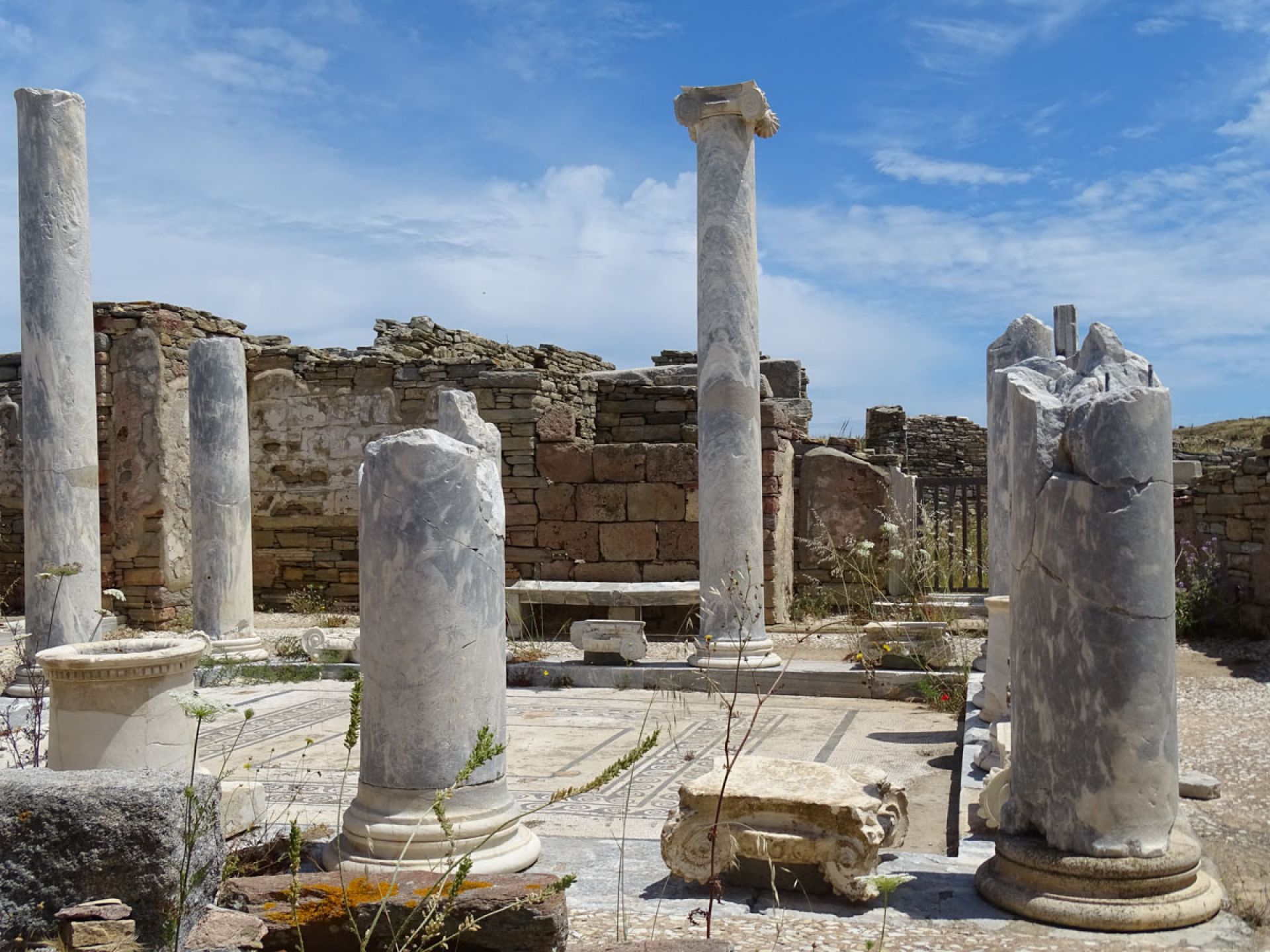 The islands of Greece, its seas and beaches are the building material and the dominant fictional setting of Greek Mythology. The whitewashed rocks of the Aegean Sea, the blue-lined sea corridors of the Ionian Sea and of Crete, the sun-born sea empress (Crete), are really important assets of the Greek mythological culture. In the Aegean Sea, resides an island that nowadays is mostly famous for its lifestyle rather than its history. That is the beautiful island of Mykonos that each summer attracts a large number of tourists from all around the world. 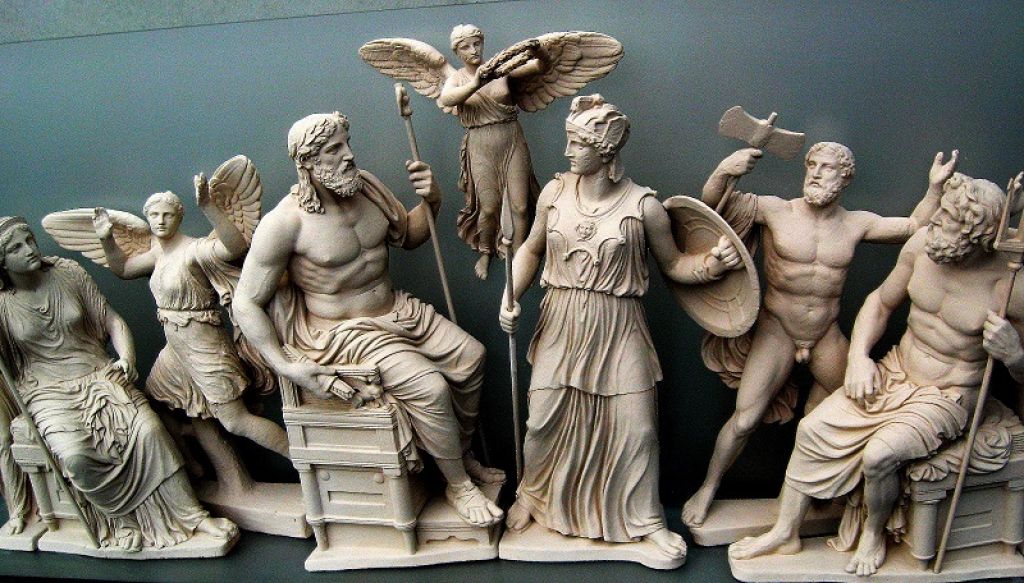 But the larger part of these tourists has never heard the history behind this stunning island. According to mythology, the island was named after the hero of Mykonos, the son of Enios of Karystos and Rious of Zaryukos. The fathers of the ... happy couple were the gods Apollo and Dionysus respectively. It was originally colonized by the Egyptians, the Icarians, the Phoenicians, the Minoans and then by the Ionians under the guidance of Hippocleus of Nilos who was the father of Phobio or Phorbio. The ancient writers refer to the Acheloos River in Mykonos, nonexistent today, and the mountain "Dimaston", which has two peaks and lies between two mountains (Anomeritis and Vorniotis). 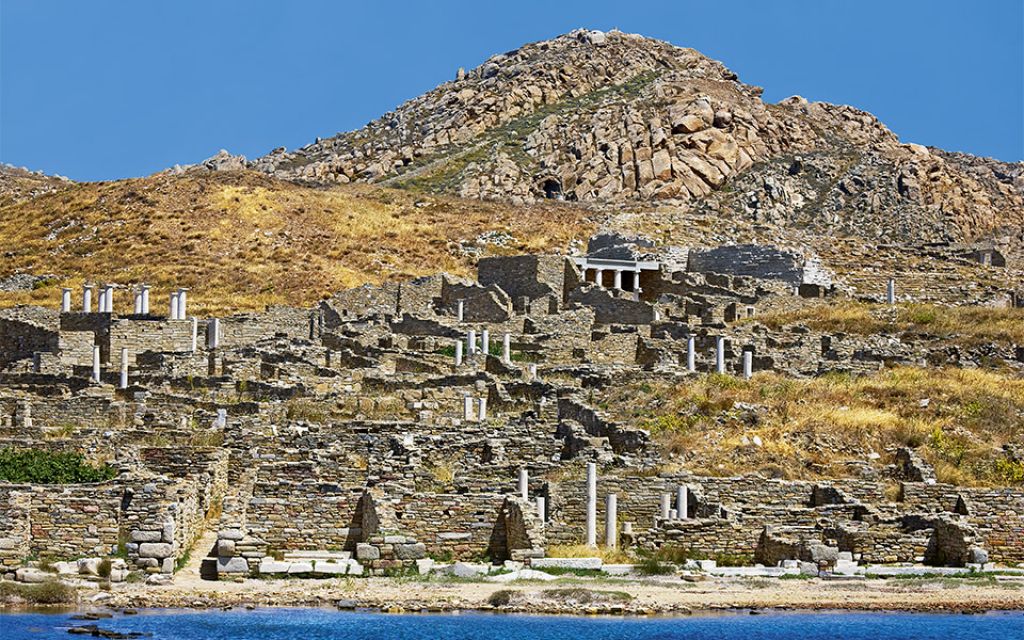 Another mythological tradition related to ancient Mykonos refers to the murder of the giants by Hercules on this island, hence the proverbial phrase "Everyone under Mykonos" that refers to many disparate and inconsistent things that are found in one category. When the Giants started fighting with the gods of Olympus, the gods sent Hercules to punish them. The last remained Giants were hiding in Mykonos, where Heracles buried them under giant rocks. These are the granites you can see today in the area of Agios Georgios Spilianos, in the western part of the Chora. Strabo also reports that Mykonians were bald, while other writers indicate that they were hairless since their infancy.

The Ancients considered the Mykonians greedy, a perception that is reflected in the phrase "The neighbor from Mykonos", used to denote those who show up uninvited in the symposiums (celebrations). Historically, Mykonos is rarely mentioned. Herodotus mentions it as the naval base of the Persian Datis in 490 BC.Mykonos has 2 main monasteries, one in today's "Ano Mera" and one in "Paleokastro", in the south-west part of today's city. The Mykonians, who were part of the Delian Alliance, paid the Athenians a talent as an alliance tax. They worshipped the twelve Olympus gods, but especially Dionysus and his mother Semeli, Demeter (Chloe) and Poseidon, and, in their honor, they held celebrations featuring sacrifices of boars, lambs and rams. 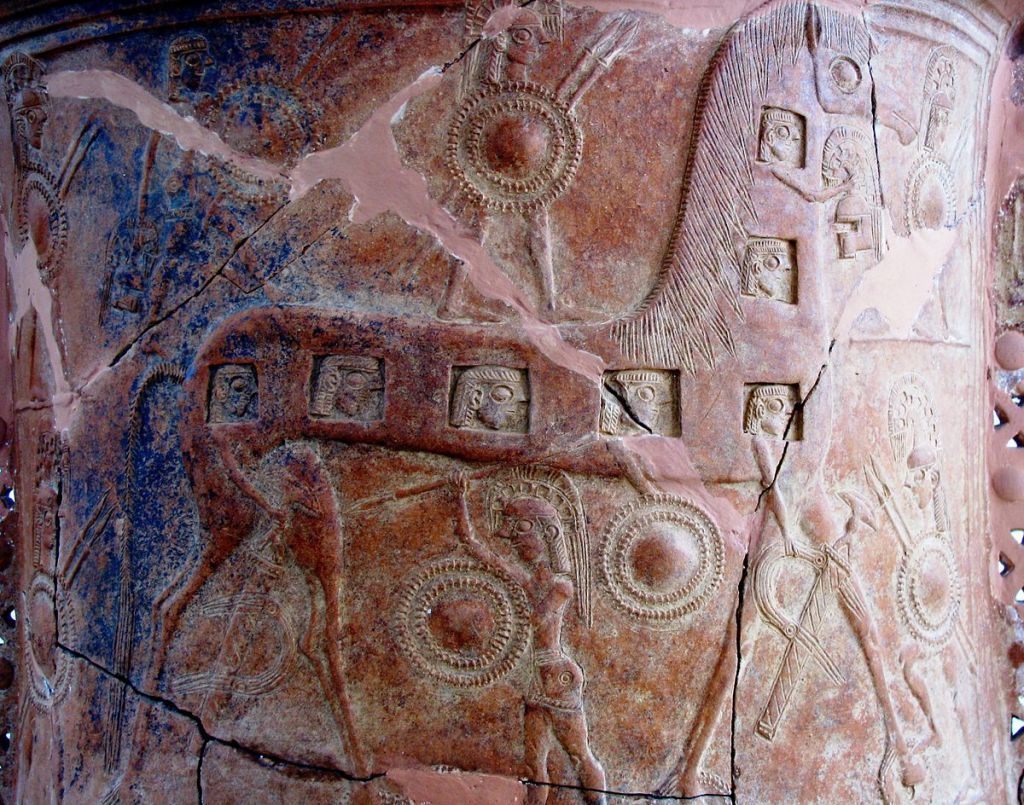 The coins of Mykonos depicted the whole body of Dionysus or the head of Poseidon. Another astounding fact that requires to be mentioned is that one of the rarest archaeological finds was discovered in Mykonos. That is the famous Pithos of Mykonos, a large vase discovered by builders in 1961, while they were opening a well in a Mykonian home. On the vase, there are 19 vase paintings divided into successive sections depicting the Fall of Troy during the Trojan War. It includes even hard depictions of the first known genocide in history, the one of the Trojan generation. 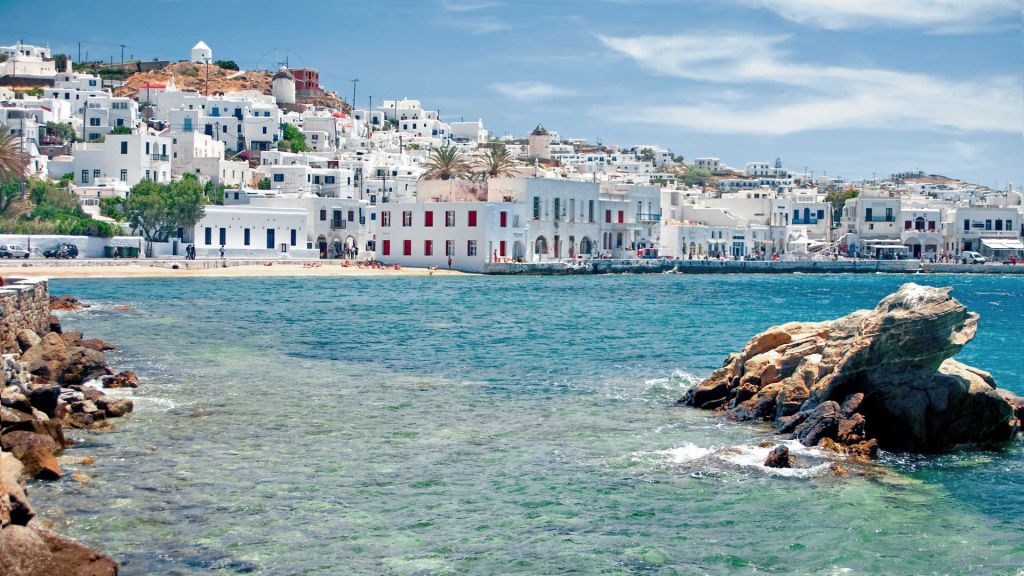 Although nowadays tourists from all around the globe choose as their destination the “transgressive” island of Mykonos in order to visit its most famous bars and clubs, it is important to also show them the historical importance of the island. Too often we forget that holidays are not only a way to rest our minds but are also a way to broaden our cultural horizon and learn more about the history of other countries and civilizations. So, next time you plan a trip, put in your to-do list: Learn about the history of my destination. Hopefully a tick will be added at the end of your trip! 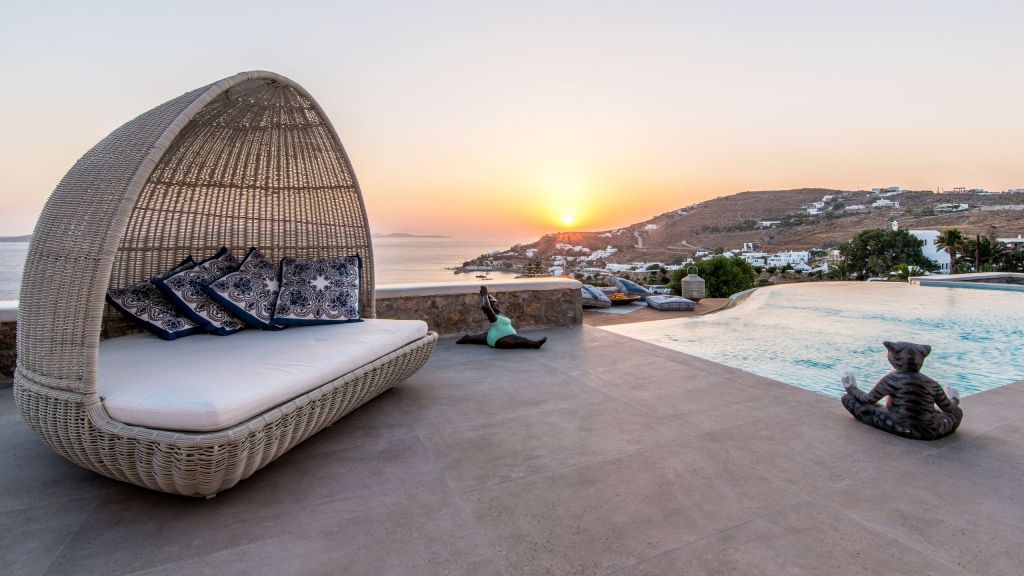 If you want to make your holiday in Mykonos truly unforgettable, discover our exclusive villas and all the services available to our guests.