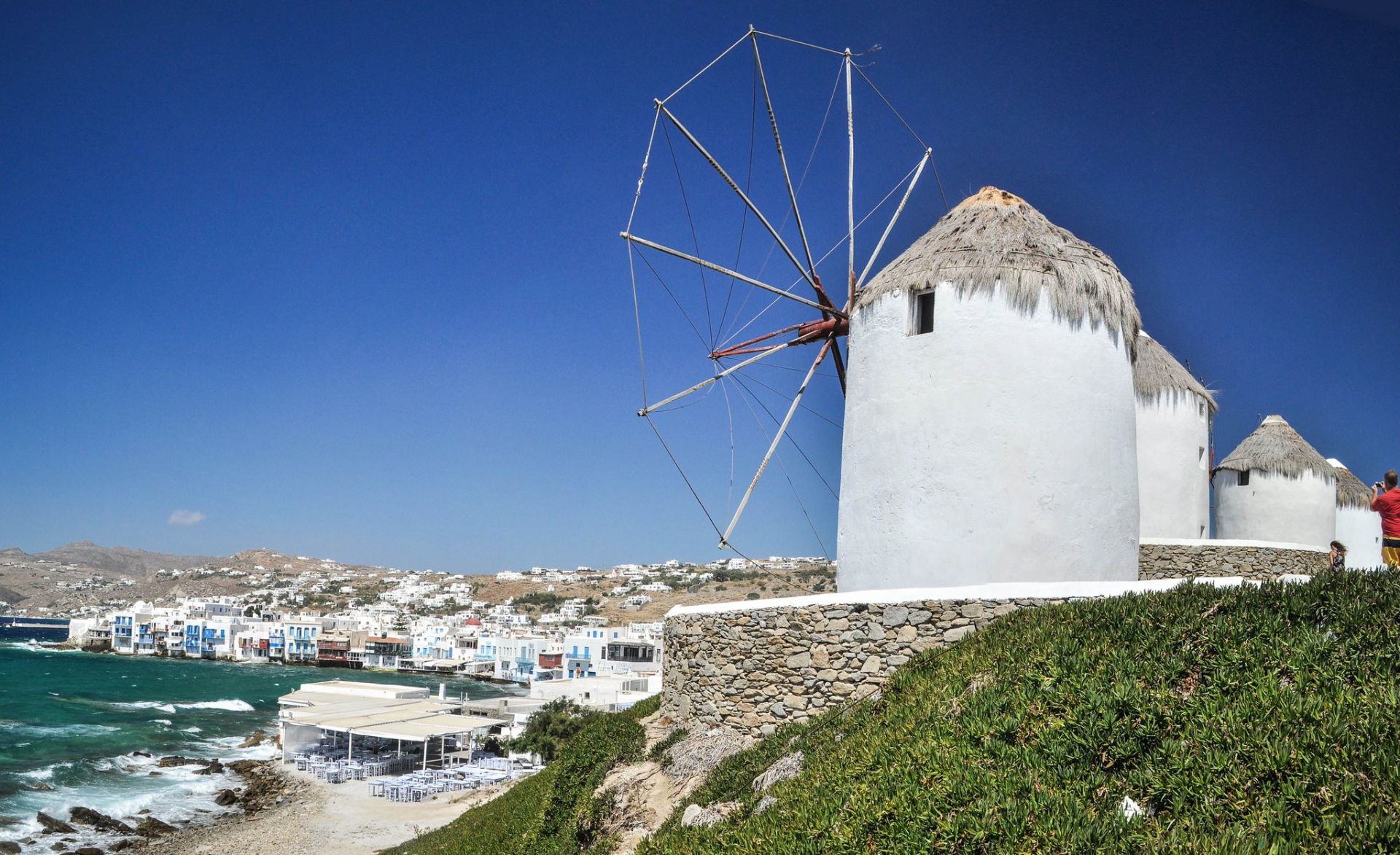 About Windmills in Mykonos

The “Kato Miloi” (lower windmills) are located next to the sea, southeast of Chora, between the picturesque Alefkantra and the district of Niohori. They are white and sea-oriented. The windmills are considered to be among the most famous monuments of the Cyclades. The windmills of Mykonos are heavy three-storey cylindrical constructions. The elevated ground floor was used for the concentration and weighing of the wheat barley. On the middle floor the flour was concentrated, while on the second floor there was the ancient grinder, with a special construction that revolved according to the direction of the wind which made the milling mechanism to be put into operation. The windwheel of the windmill of the agricultural museum of Mykonos has 12 wooden antennas with as many triangular sails. The existence of the windmills in the Greek islands dates back to the beginning of the 15th century. 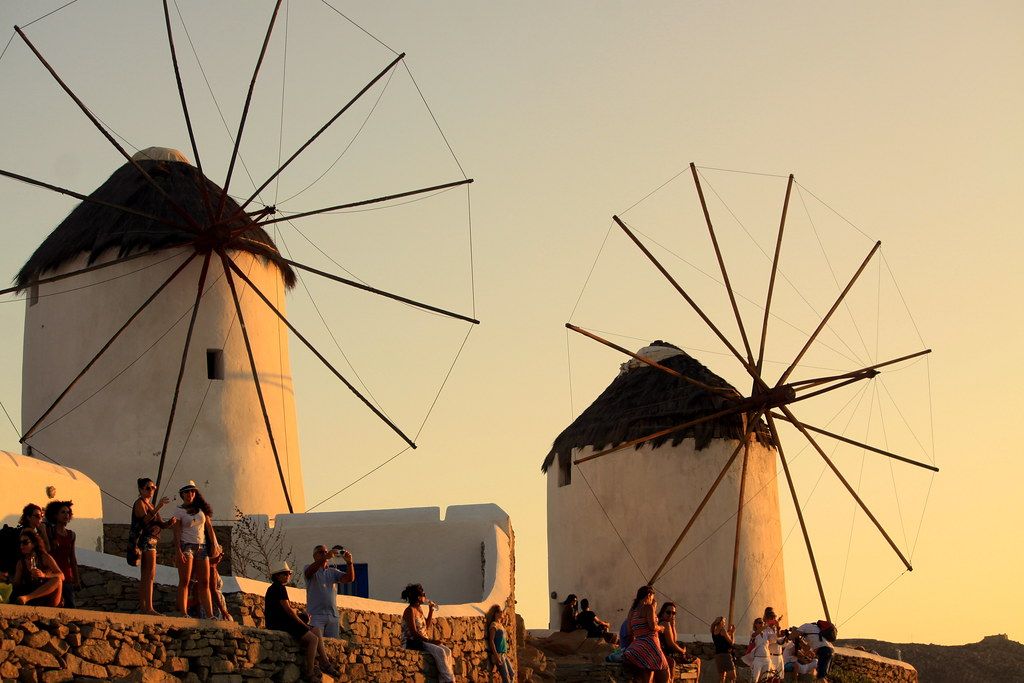 Later, at the end of the 18th century until the middle of the 19th century, it is documented that 28 windmills were operating in Mykonos. Apart from Chora, windmills were also operating in the area of Ano Mera. In general, the high frequency of winds in Mykonos favored the business of milling and the marketing of cereals during that period. Windmills were usually owned by more people, in a cooperative way. Their owners were wealthy farmers, merchants, sailors etc., i.e. they were people who possessed power in every local society. Windmills also belonged to the monasteries, such as the windmill of Panagia Tourliani, mainly as a result of donations. Towards the end of the windmill’s operation, in the middle of the 20th century, several windmill owners became millers. There are many reasons for the popularity of the windmills in the Cyclades. They are among the most windy areas of the Mediterranean and especially Mykonos, where the days with absolute apnea do not exceed an average of ten per year. With the help of the windmills, the inhabitants managed to exploit an abundant energy source, the wind, and improve the conditions of their lives in the small and remote communities that they lived. In addition, during that period, the flour was the main ingredient of their diet, thus the windmills facilitated the process of milling of cereals. 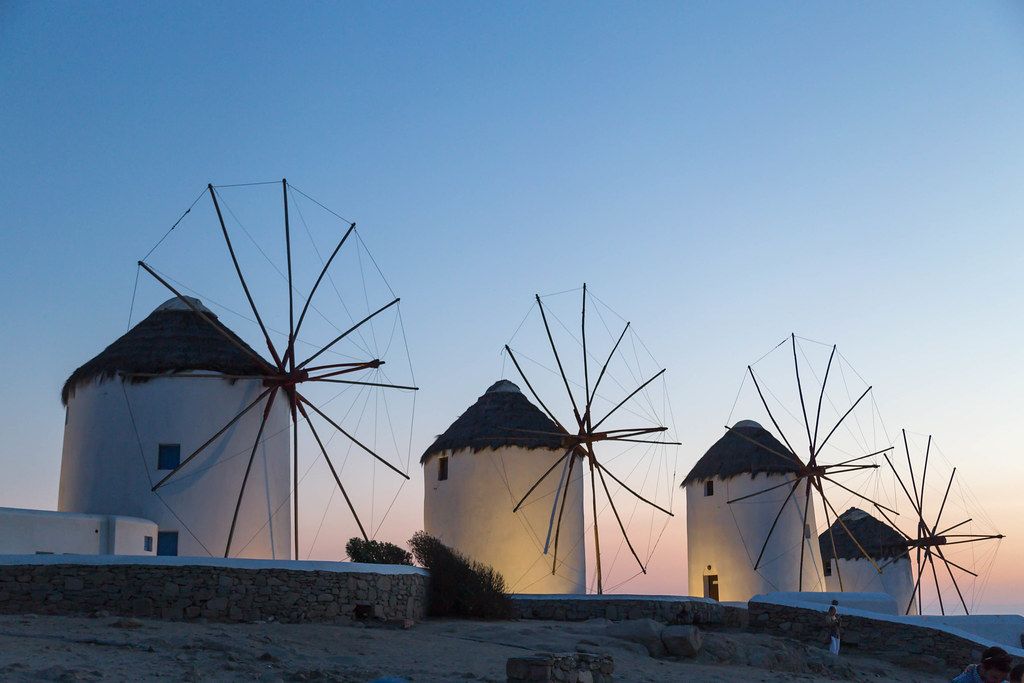 In the local community there was an extended use of barley mixed with a smaller amount of wheat, and with Acorn for the animals. If you consider that four windmills were enough to meet the needs of the inhabitants of the island, you realize that this was a serious processing activity for the Mykonians. Cereals came mainly from the plains of Russia, then they were milled in order to produce bread and paximadi (twice baked bread) which were exported as basic food for the crews of the ships passing through. The windmills lost their economic importance with the evolution of technology after the First World War, but they emerged as the most popular monuments and symbols of the island of Mykonos. Today, only seven windmills are preserved, together with a traditional bakery that only works with wood, the famous “Bakery of Giora” in Niohori. The most famous windmill is the "Milos of Bonis", which is preserved as a museum, where various activities take place. This mill was probably built in the 16th century and is one of the famous "Epano Myloi" (upper mills). It once belonged to the family of Bonis, which had Cretan and Italian roots. Also, some of the mills have been renovated by private individuals to be inhabited. The windmill that is in the most excellent condition today is the windmill of Geronymos, which functioned until 1960 and still retains most of its equipment.

﻿If you want to make your holiday in Mykonos truly unforgettable, discover our Town Proximity Villas and all the services available to our guests. 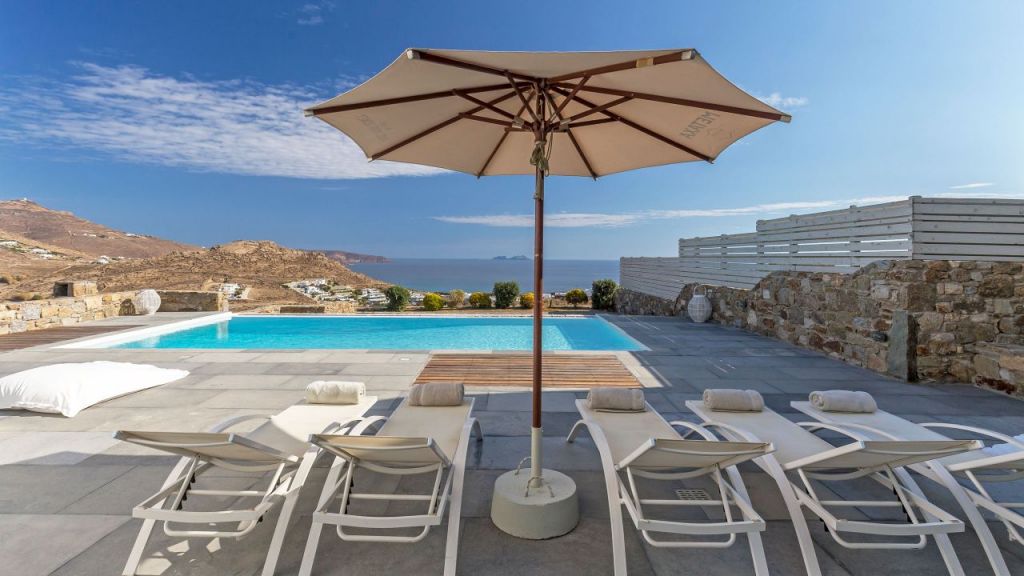