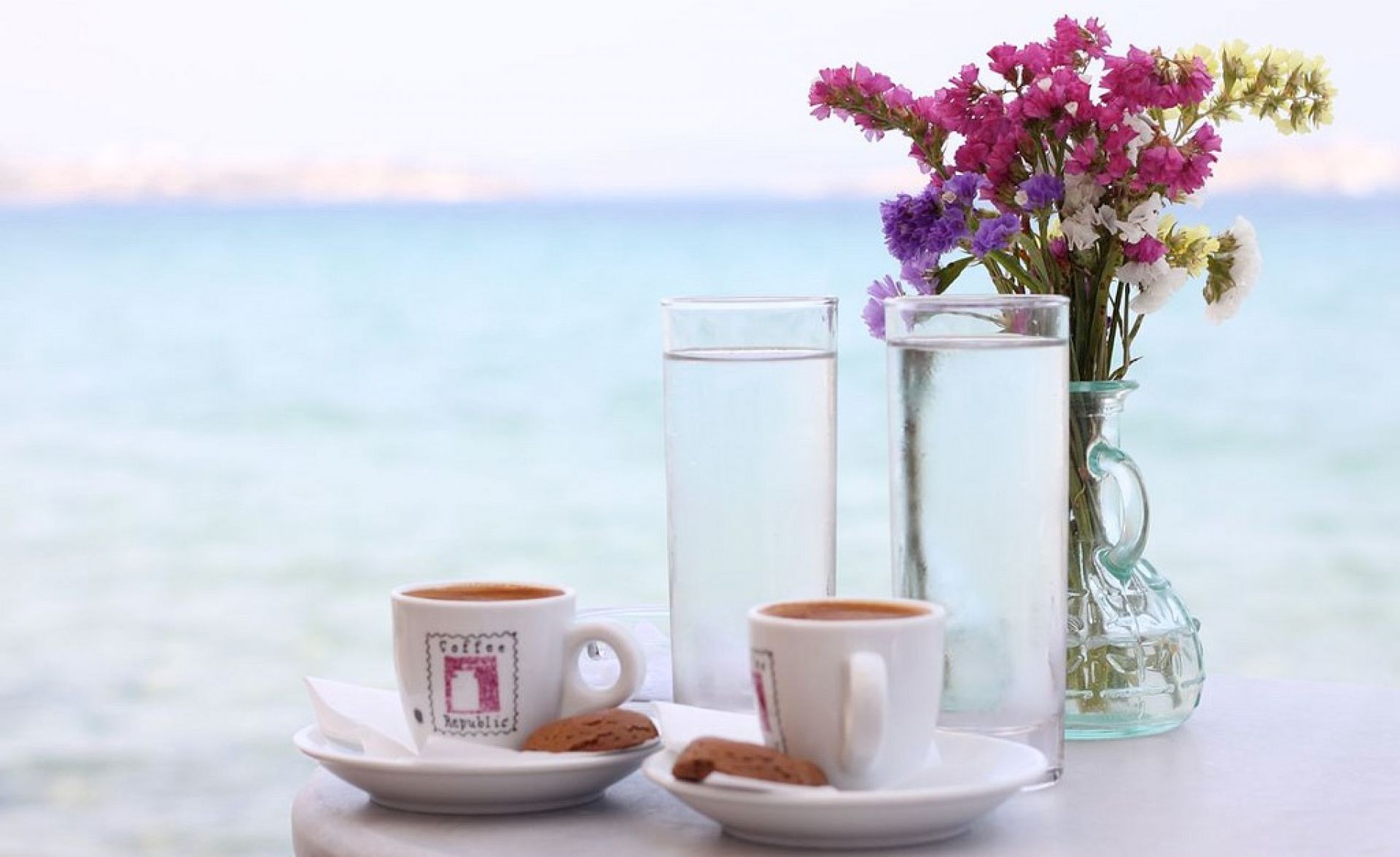 Greece is not only known for good traditional cuisine but also for its local drinks. In Mykonos you will discover a whole world of flavours and recipes rooted in the past. 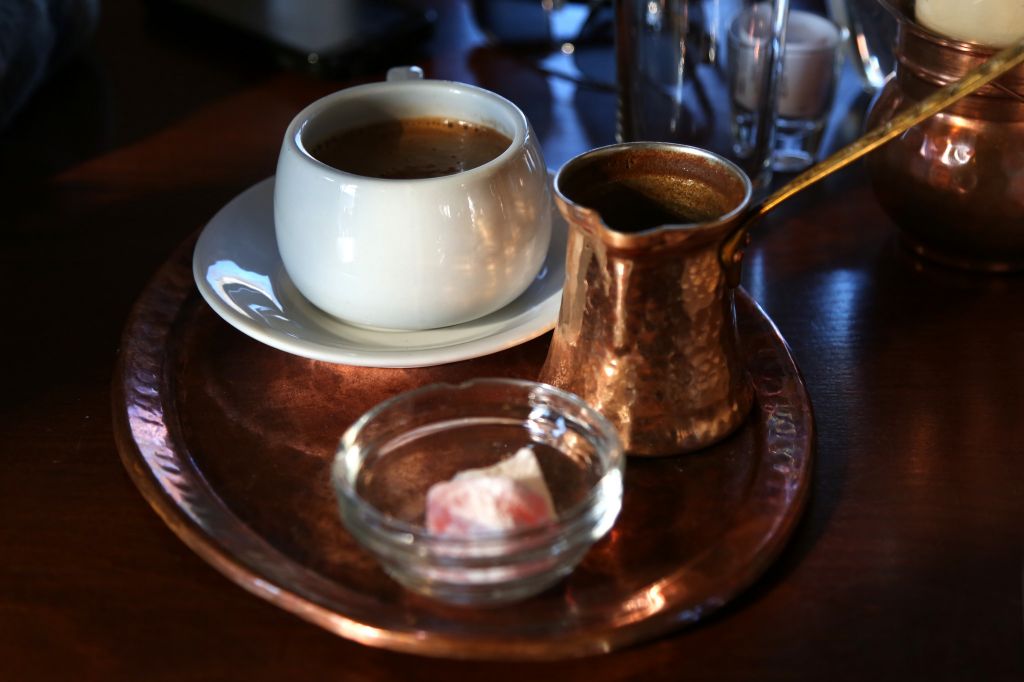 In Greece drinking a coffee is a ritual, a way of life, so much so that the invitation pame gia kafes (let's have a coffee) is, nowadays, more usual than the classic we go out. Greek coffee is more diluted than Italian espresso, its origin dates back to the times of the Ottoman domination and, in fact, its name has always been Turkish coffee. The invasion of Cyprus in 1974 by the Turks intensified so much the relations between the two nations, already tense since the dawn of time, that the Greek government denied with a law the use of the Turkish word, and so it became Greek coffee. It is now an integral part of the Greek tradition and to try it at least once is an absolute experience not to be missed. If you take a family-run accommodation, it is normal to be offered a Greek coffee upon arrival or during your stay as a gesture of hospitality. It is prepared in the briki, a small and tall pot with a long handle. Add the coffee powder and sugar and mix. The traditional briki is made of brass and has a widest base. It has a very intense flavor. It is always served with a small glass of water and at least a biscuit which you are allowed to dip in the coffee. Before pouring it, is necessary to wait for the minuscule coffee beans to settle on the bottom of the cup.

Greek wine production has very ancient roots: The soil is particularly suitable for growing vines, especially in volcanic areas. In Ancient Greece Dionysius, the god of wine, was worshiped by the Romans as Bacchus. The Greeks planted vines and made wine appreciated in every colonized land. In reality, while the other nations improved its wine production, Greece, dominated by the Ottoman Empire, did not do the same. Only since the second half of the last century, Greece has started using modern techniques in order to improve production. The quality system of Greek wines was governed for the first time by the Ministry of Agriculture in 1971 and formalized after the entry of the country into the European Community. The current system is based on the French system of the Appellation d'Origine Contrôlée. Cultivation processes and winemaking techniques, grape varieties, wine regions, as well as other standardized rules on the label have been cataloged. 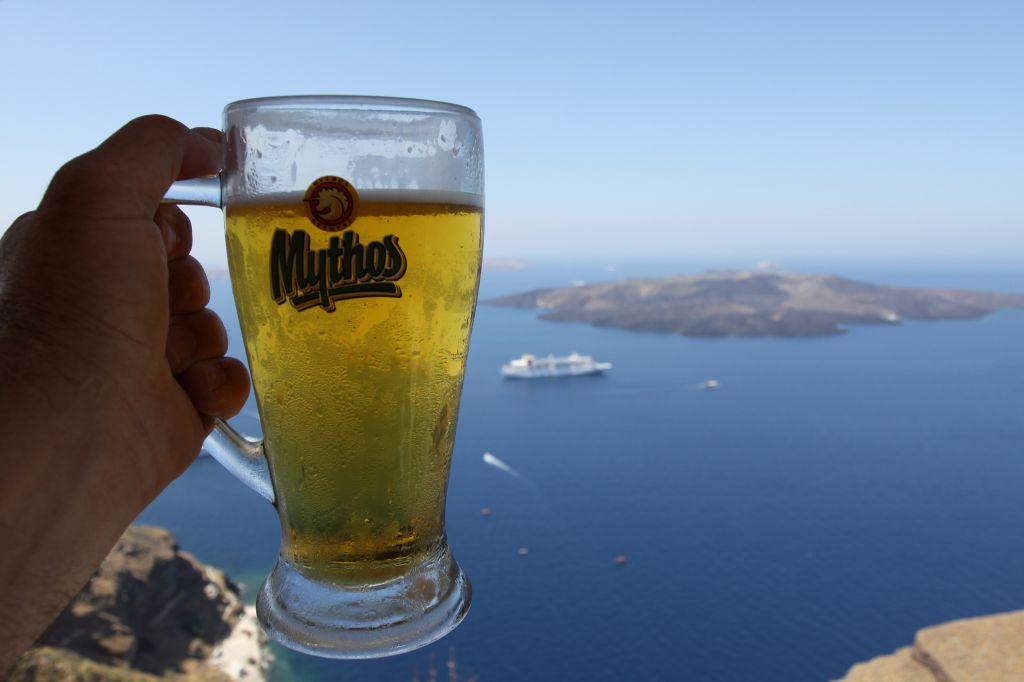 Beer, in Greek bira, is much appreciated and drunk in Greece. Beers are very popular as they go perfectly with the Greek cuisine, both the taverns and the souvlatzidiko (fast food), but you can taste them all day as there are both light and refreshing, but you'll also find more full-bodied and alcoholic beers. The Ancient Greeks already drunk beer in the VII century a.C. when they began commercial relations with the people of Asia Minor, but the production of beer was very limited because it was considered a beverage inferior to wine. In the modern era the situation has totally changed: the presence in Greece of numerous tourists from all over the world has led to a substantial importation of the most important foreign beer labels. Moreover, in recent years the production of local beer is also accentuating, in particular a profitable and interesting movement of high quality craft beers is developing. Whereas years ago in Greece were only lager blondes were produced with an alcohol content of around 5.0% vol, in recent times it is possible to find all the categories of beers, in particular ale and weiss. Therefore, a trip to Greece can also become an opportunity to try some beers whose quality is comparable to beers that can be sipped in Italy, Germany, Great Britain, Belgium, Holland, the Czech Republic and the United States. 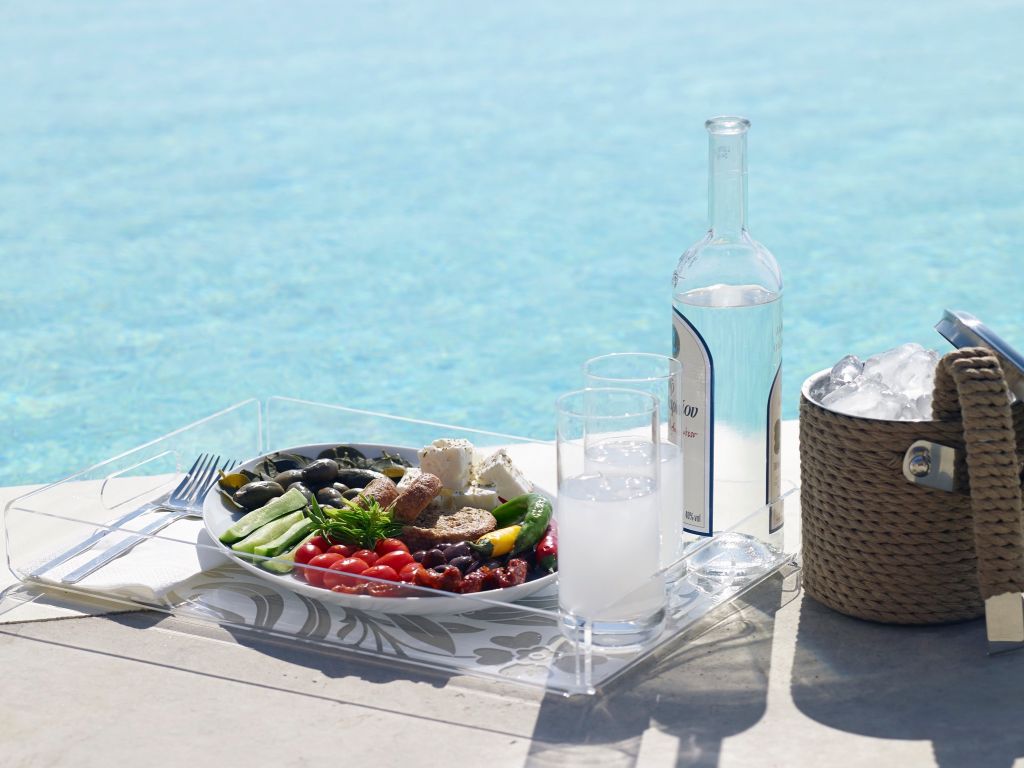 The most famous Greek liqueur in the world is certainly the ouzo (40% vol), anise-based liqueur, sometimes flavored with mint or fennel. It is usually an aperitif, but elongated with water is drunk to accompany the main dishes. Metaxa (40% vol) is a brandy invented in 1888 by a Greek merchant named Spyros Metaxas. The quality is indicated by the number of stars that follows the name on the label. To produce it we use different grape varieties with the addition of essences of rose petals and other aromatic herbs. The tsipouro is a distillate of a strength of about 42-43% vol, produced from the residual must of the press. It is widespread throughout Greece, but the best is produced in Thessaly, Epirus, Macedonia, in the Sporades. Raki (40% vol) is very similar to tsipouro but also contains some aromatic herbs. In Crete it is called tsikoudia. Rakomelo (24% vol) is raki with water, honey, cinnamon, cloves and lemon. At Folegandros it is typical to drink it hot, even in the cool summer evenings. Typical of Patras, the temtura (25% vol) is prepared with mavrodafni (red wine) adding nutmeg, cinnamon, cloves and other ingredients chosen by the producer. The Mastika (or Masticha) (47% vol) is a liqueur produced on the island of Chios where the mastic, lentisk resin abounds.

Make your holiday special, discover our list of exclusive villas in Mykonos and services on the island.