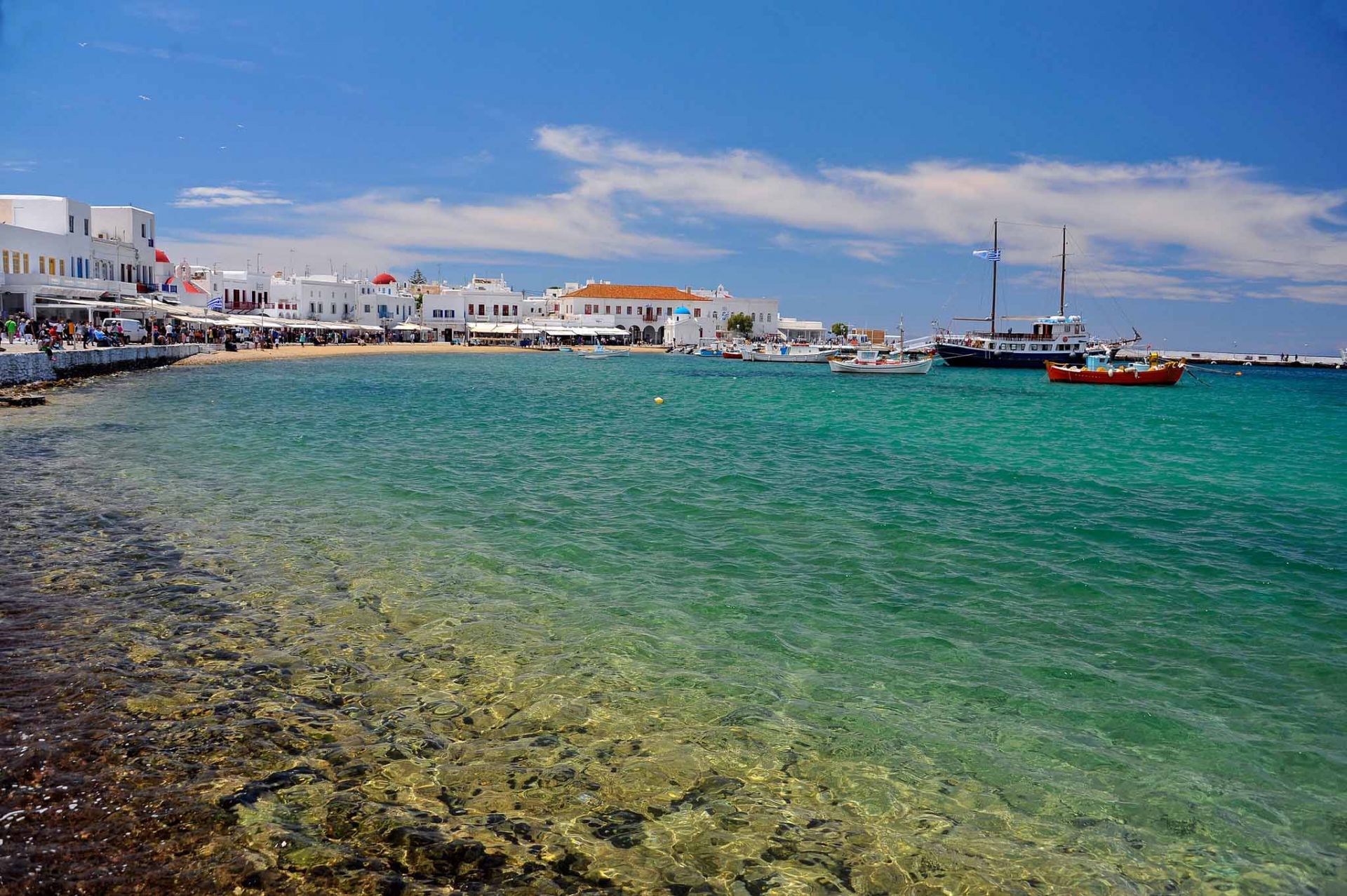 Cyclades Islands: Mykonos & other islands to be discovered

The splendor of the Greek islands in the middle of the Aegean Sea. A mix of history, entertainment and breathtaking landscapes.

The Cyclades are about 30 islands located in the Aegean Sea, in Greece and owe their name to their circle-shaped position around Delos. They represent one of the undisputed destinations of summer tourism: Mykonos, Santorini, Paros, Ios and other smaller islands attract thousands of tourists each year. 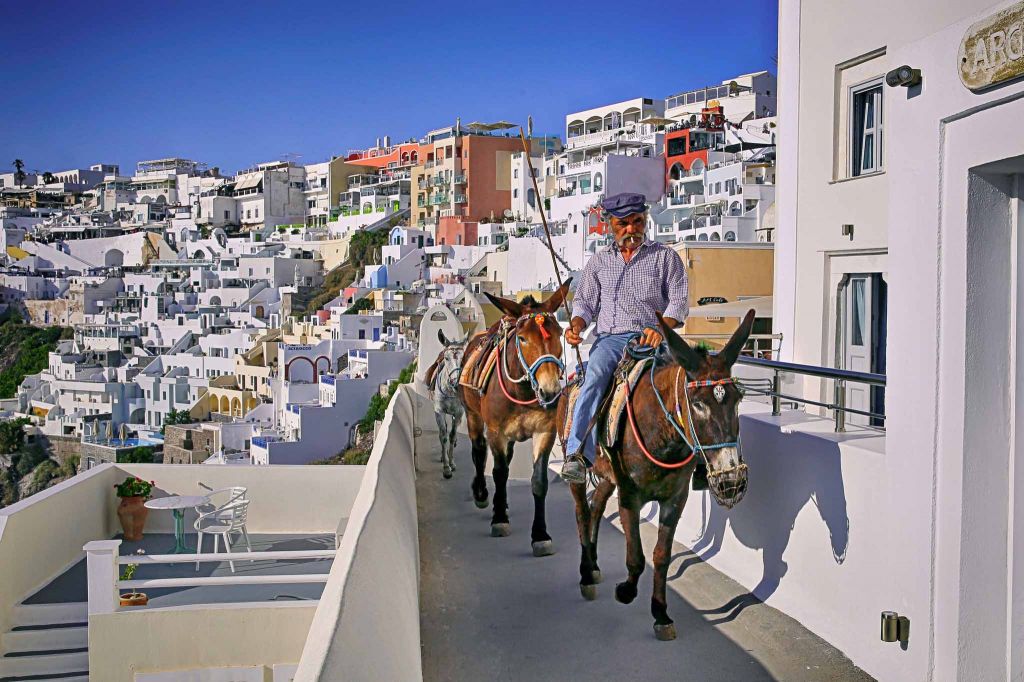 The villages of these islands are completely white, the houses have windows and red, blue or green doors that give a sense of happiness to anyone who visits the steep alleys of the historic centers, difficult to travel with most of the vehicles except mules that here is still widespread.

Coming out of the inhabited centers you will find ancient windmills (famous and evocative ones of Mykonos) and small churches with brightly colored and lively domes. The beautiful coves with crystal clear water can be reached through narrow streets that lead directly to the sea, particularly the steep ones of Santorini.

However, the Cyclades Islands have had a different development over the years: Mykonos, Ios and Paros are known for their inexhaustible nightlife and beautiful beaches, while Milos, Naxos and Amorgos are more suited to a restful or romantic holiday along the sandy beaches. golden with azure waters.

Santorini manages to combine entertainment with a spectacular landscape. The island owes its shape to the sinking of a now submerged volcano and, precisely because of its volcanic origin, is characterized by a red-black color and the beaches are made of black pebbles. Santorini is undoubtedly one of the most beautiful places in the world, impossible not to be charmed by the cliffs overlooking the caldera.

You will certainly not remain disappointed with these magnificent islands and it is for this reason that the Cyclades are currently one of the most popular destinations for tourists of all nations.

But if you are looking for less touristy islands, here are the islands of the less frequented Cycladic archipelago. 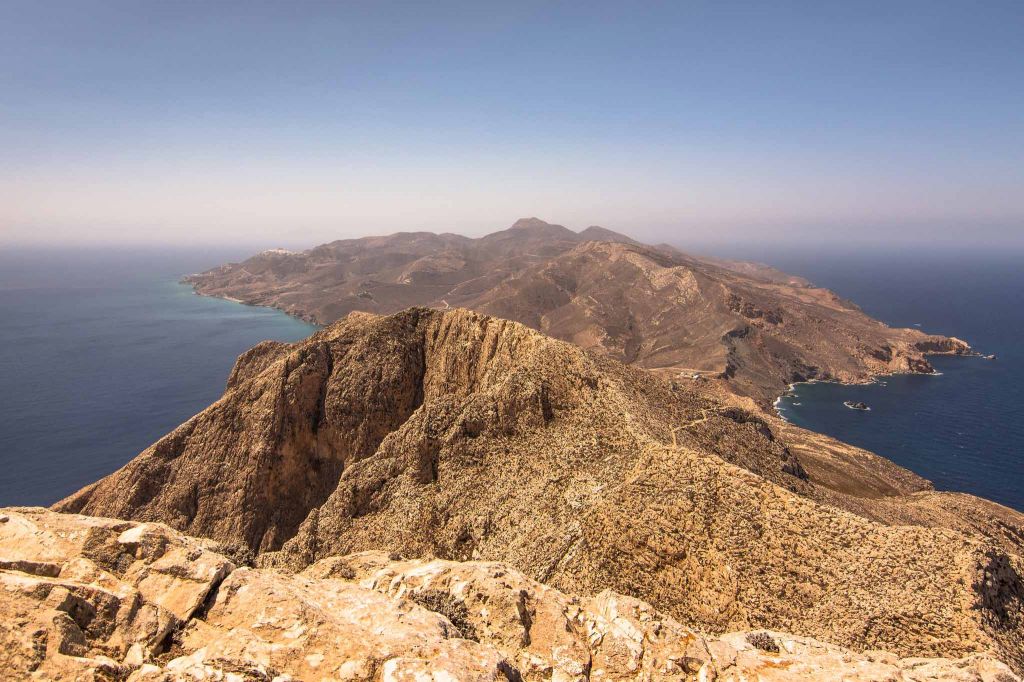 If you want to stay away from the chaos and love Greece, here is one of the little known Greek islands. Less than 300 inhabitants, refuge of the Argonauts who, according to Greek mythology, sheltered from the storm with the help of Apollo, Anafi has only one inhabited center, Chora, made of white houses and narrow alleys, built on the side of a hill with the the ruins of a Venetian castle on top. A 2 km long road connects it to the port of Agios Nikolaos, in a bay on the south coast where ships from Piraeus dock. The airport is inhabited only during the summer months. Even the village of Kastelli, on the east coast, is inhabited only during the summer. Many golden shores between cliffs and rocks eroded by the sea and the wind that have taken on quite special shapes. It is considered a picturesque island, still off the beaten track of mass tourism, although it is close to the famous Santorini. 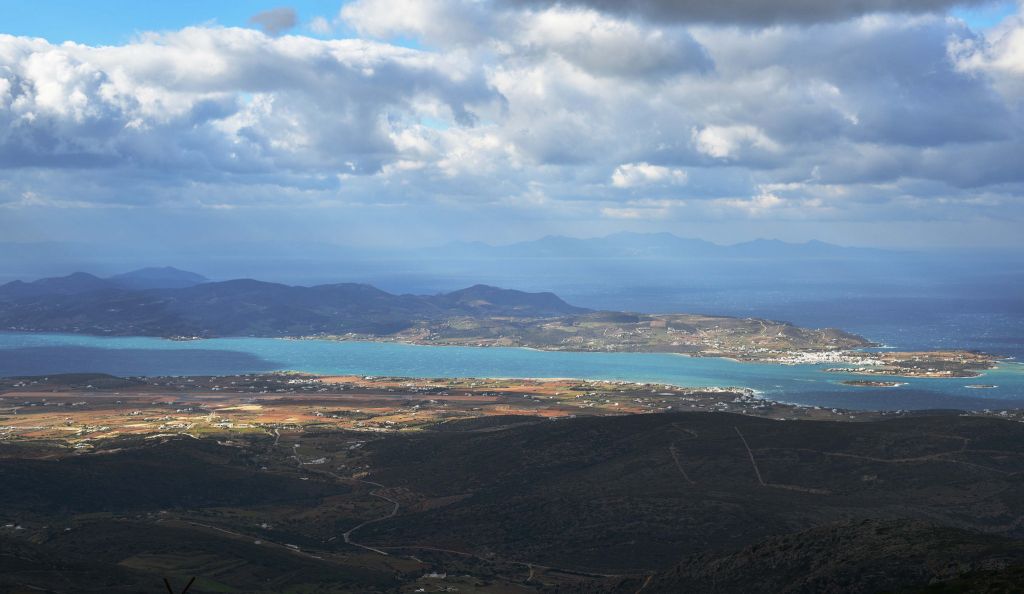 This is a very small wild island of the Cyclades archipelago, very close to Paros, from which it is separated only by a narrow sea of just a mile long. A small corner of paradise in the Aegean Sea famous for its sandy beaches. 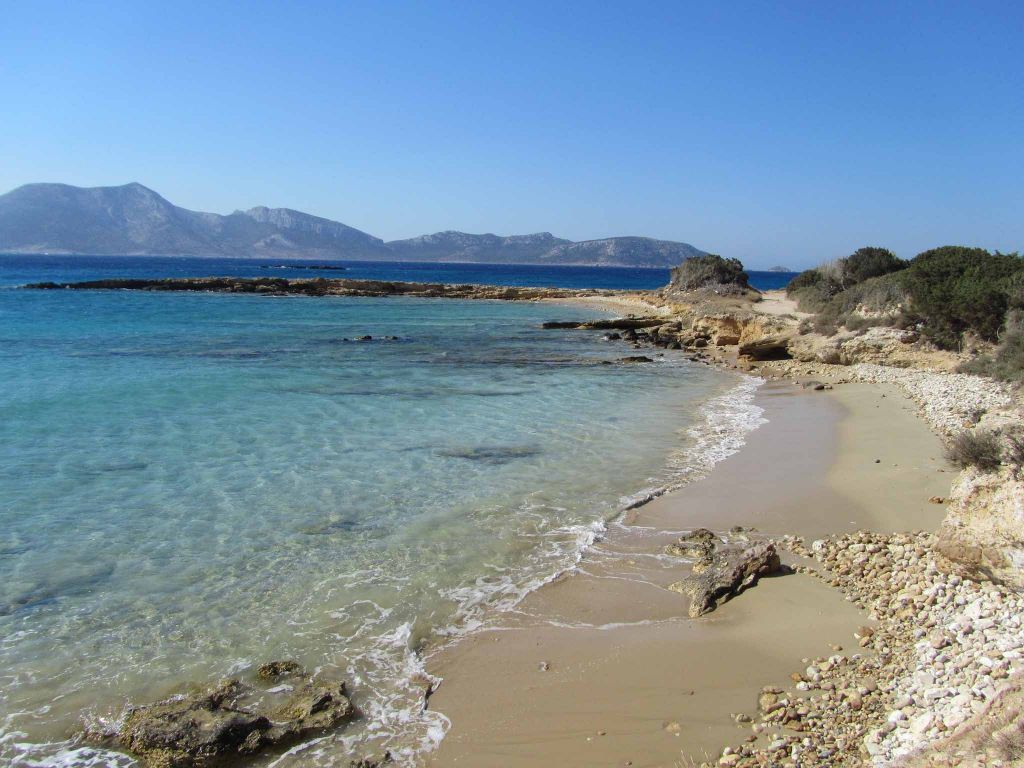 Among the less touristic Greek islands there are the Little Cyclades, with Iraklia, Schinoussa, Donoussa and Koufonissi which is the most famous. These are the most suitable destinations for those wishing to get away from the most crowded beaches in Greece. They are located in the Aegean Sea, south of Naxos, and allow a truly relaxing stay. Small and precious Koufonissi is suspended between Naxos and Amorgos. The diamond sandy beaches make it magical.

It is nestled between Naxos and Koufonissi and is a quiet island, covered with prickly pears and dedicated to fishing. Only 115 inhabitants live there throughout the year distributed in two population centers: Agios Georgios. There are no tourist facilities and if you decide to stay here you can find rooms to rent. 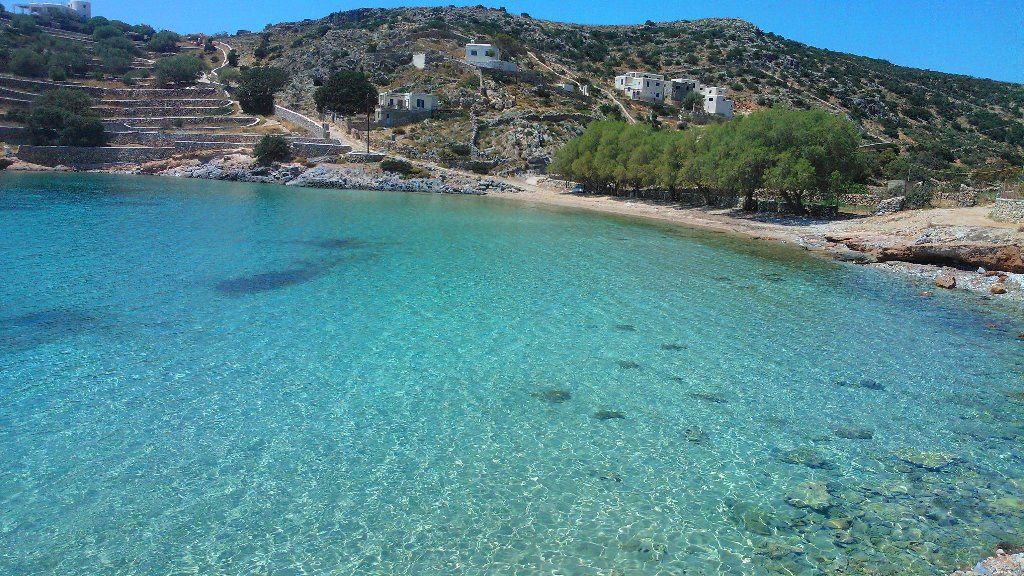 Together with Koufonissi it is part of the Little Cyclades. It is a paradise for those seeking sea and relaxation. Ideal destination for lovers of unspoiled nature and wild and isolated beaches. Here we go to the sea, so crystal clear that it does not seem true. It has long remained uninhabited and unknown and, only recently, has attracted the attention of some tourist who loves sunbathing on the rocks or in the coves. 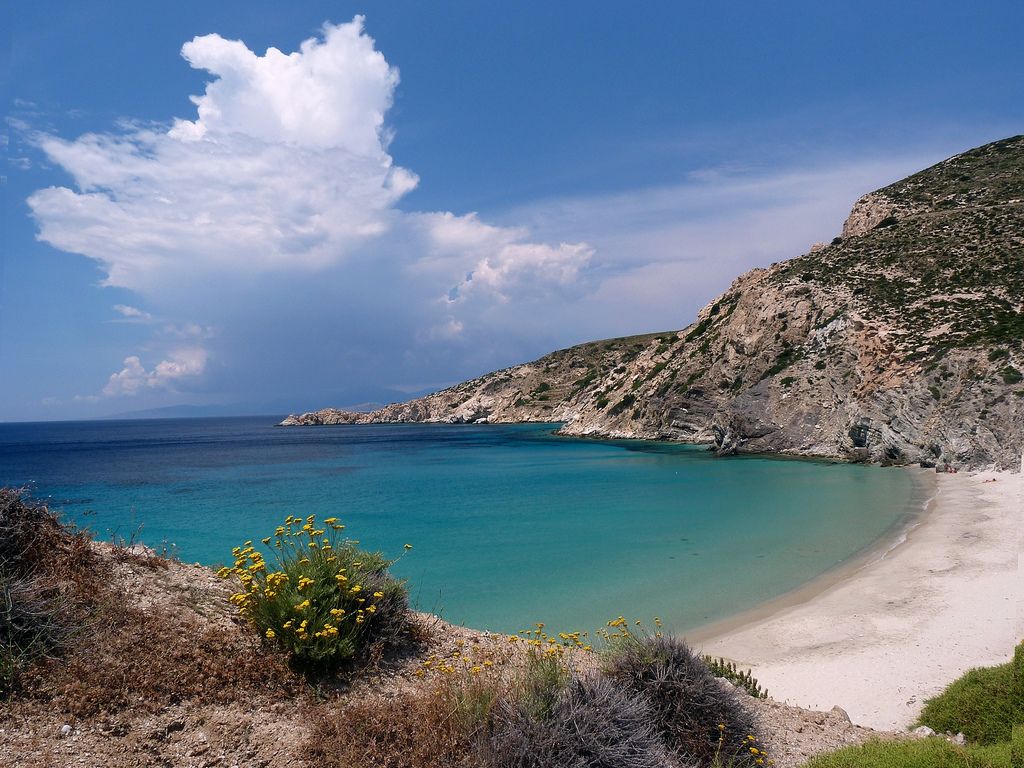 It is also an island of the Small Cyclades and is surrounded by rocks and islets. According to mythology it was the place where Dionysus hid Arianna when Theseus left her in Naxos. During the Roman era it was a place of confinement. Virgil refers to the island in the Aeneid. In the Middle Ages it was a den of pirates. Some inhabited areas have tourism coming mostly from Northern Europe. Tourists come here who have no problem living with the strong wind. 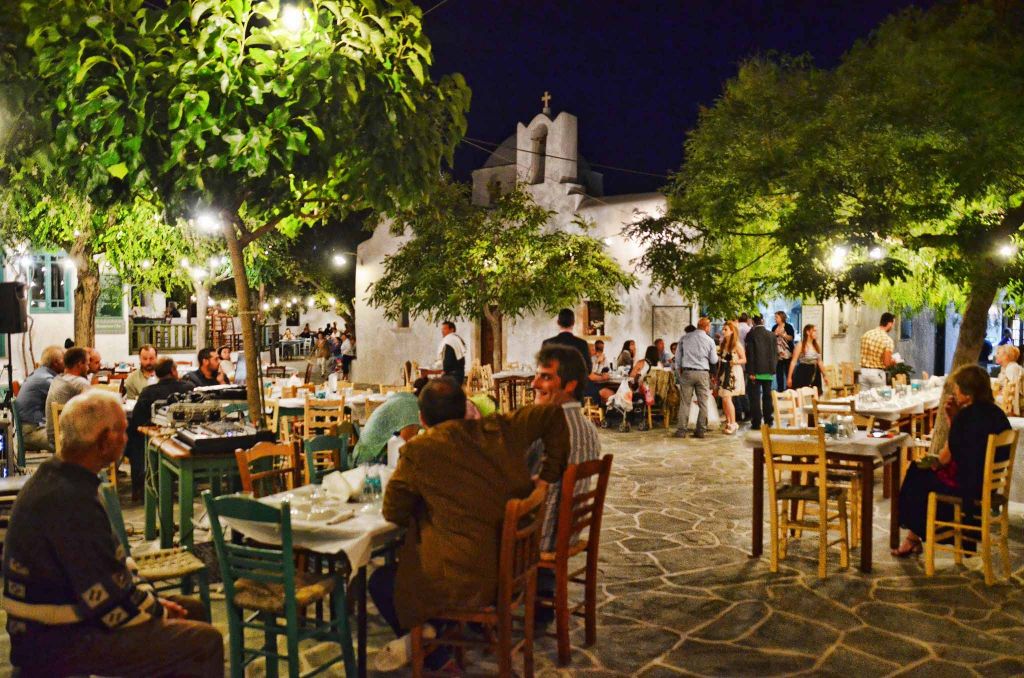 Perhaps the best known of the less frequented Cycladic islands, it is also a bit more trendy. It is so small that it can also be visited on foot. Considered among the Greek islands less frequented by mass tourism, it is reachable by sea from the nearest islands as well as from Mykonos and Santorini. The beaches of Folegandros is Katergo are very beautiful, but the most spectacular is Aspropounta, accessible only by sea.

If you want to make your holiday in Mykonos truly unforgettable, discover our exclusive villas and all the services available to our guest.