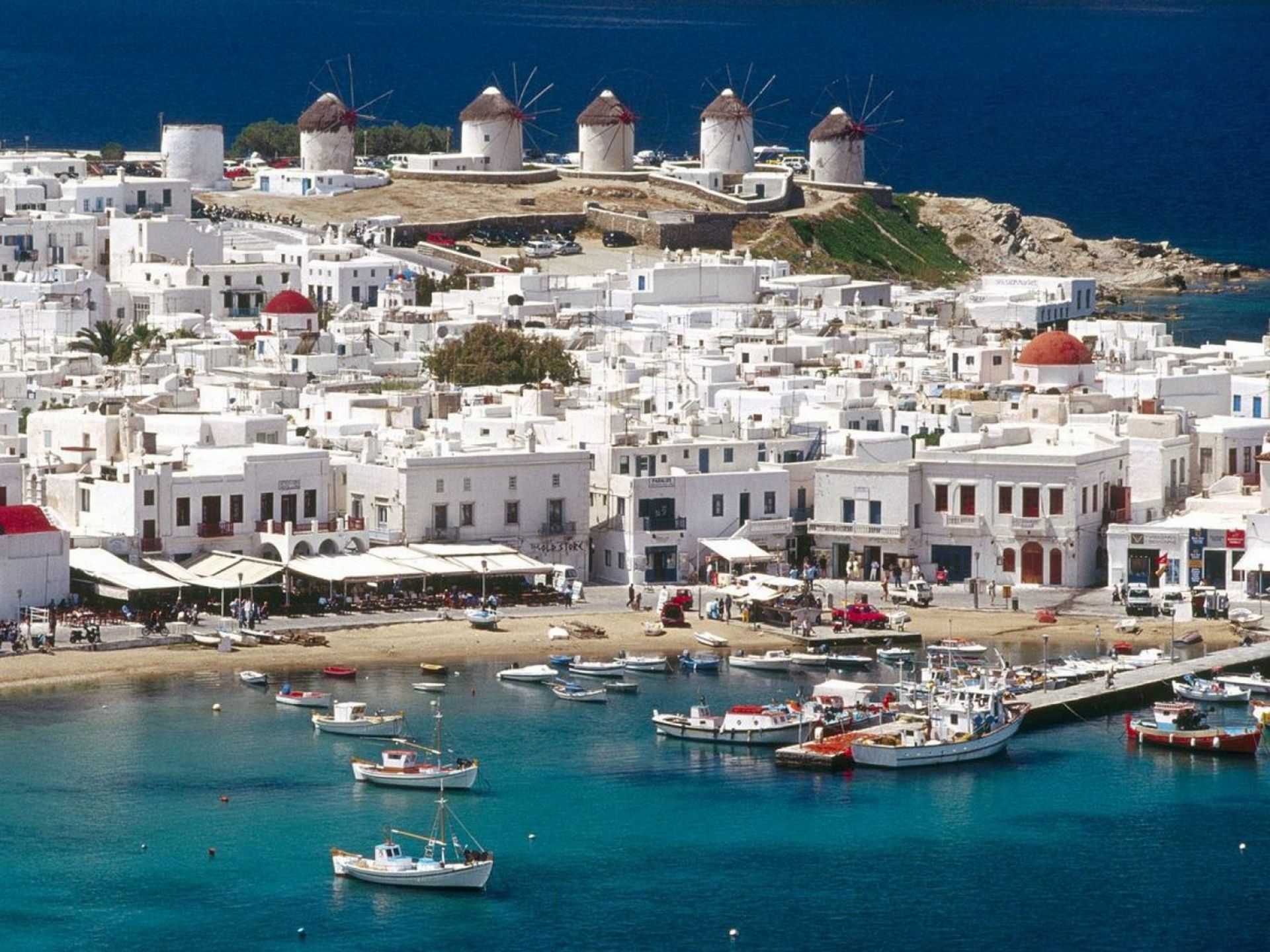 The typical Cycladic Architecture in Mykonos

The Cyclades islands has a wonderful atmosphere because of its scents and colours, flavours and the sea water as well as for its homes, simple white shapes that stand out against the deep blue sky. Mykonos is the most picturesque island of the Cyclades. The whitewashed double stores houses with blue windows and doors, the narrow streets and the “Kapassi” (a shaped chimney like a large upside down vase), they create an architectural style, unique to Mykonos. The island has no space for courtyards of gardens, so the locals declare their property outside their front door in the alley painting it a special colour. 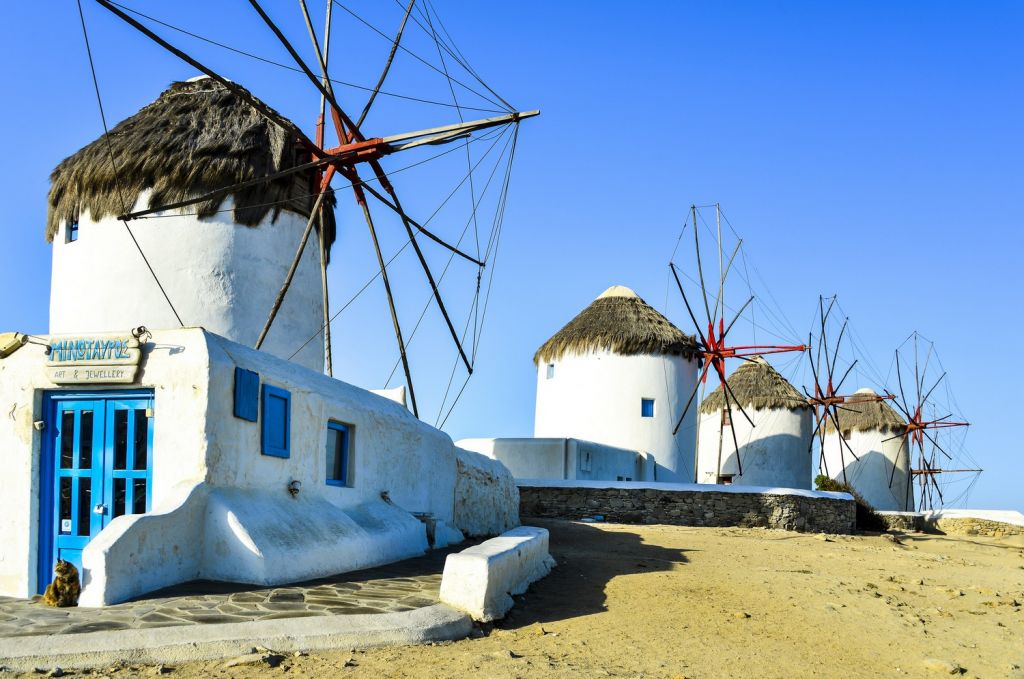 The birth of the Cycladic architecture can be explained by the shortage of building materials, the houses have a flat roof and a cubic shape to better withstand strong winds, and they are painted white to disperse the great heat which accumulates during the summer. The houses were built in the past side by side for protection from pirates, only separated by small white narrow streets that form a labyrinth, full of bright colors and harmony, despite the apparent disorganization. 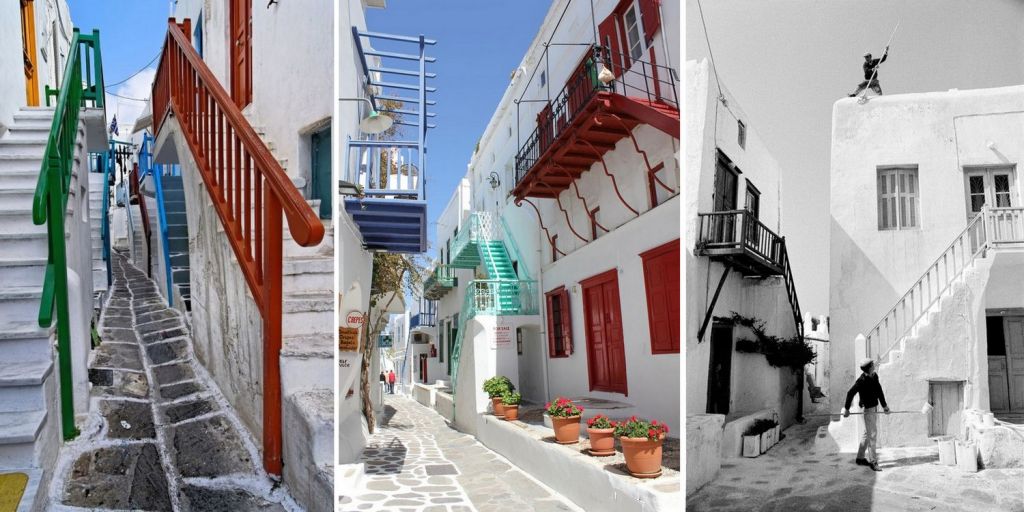 Of course, we can’t forget the windmills in Mykonos, which today are considered an attraction of the island, while, in the past this flour mills, were the only source of income for the Island.

You can find the Cycladic style even in our exclusive villas in Mykonos.